heavily medicated for your protection: UPDATED


I've been taking a hefty dose of Prozac for around 13 or so years now, and I'm glad to say that it still works like a charm. The side effects were mild and fleeting in my case. In any event the positive effects so far outweighed anything threatened that I would have gladly put up with duodenal bleeding, rashes, fainting spells or an accordion growing out of my butt. Clinical depression is no goddamn picnic, my darlings.

One of the side effects of Prozac is supposed to be exceptionally vivid and unusual dreams. And it's true as far as that goes; if you take it late in the day, you're going to have dreams that you'll REALLY REMEMBER the next morning. It's as though the sound, brightness and focus get cranked on full bore. But as far as unusual content goes?
I would not know.
No, I would most definitely would not.

I remember dreams I had back when I was barely able to walk. They were about things like hydrangea shrubs that could talk, covered in broken Christmas lights. A moon so big it filled up half the sky. Knowing the secret language of all trees. Huge water towers that walked around at night but turned out to be friendly. Owning shoes that made flaming footprints.

So yes, all the other little kids used to struggle with their creative writing assignments; meanwhile I was kicked back in my seat with a smoking piece of paper already in the teachers 'in' basket, blowing the flames off my pencil. Honey, give me a challenge.
Art class? They wanted an incense burner made out of clay? I gave them an unnecessarily detailed obese pig with cleverly designed outlet ports; so that when a smouldering cone of incense was introduced into its back passage the smoke curled out of its ears, its mouth, nose and the corners of it's eyes.
Would you like us to draw a picture based on our studies of the ancient Aztecs, Mr. Sherholtz?
No, you wouldn't. No really Mr. Sherholtz you wouldn't. OK fine Mr. Sherholtz then I need to get a pass to go down to the library and consult their copy of Grey's Anatomy because it's the one with the color transparencies. How do you expect me to draw a convincing portrayal of a human chest cavity that's been hewn open with an obsidian knife unless you give me a pass to go to the library Mr. Sherholtz? *
__________

Yesterday I made the mistake of skipping my meds.

And yet this is what I dreamed last night:

A lovely British family has invited me to visit their home on the river Test and to stay as their guest. (One of you, as a matter of fact.)

They live in a wonderful old brick Victorian era building; a ferry terminal standing right at the very edge of the water, filled with lovely things and beautifully decorated. In fact, it is still in use as a ferry terminal. Every hour the family suspend all their activities and retreat to an iron balcony while large steam ferries draw up alongside and the passengers disembark through the living room. Meanwhile, out on the Amazonian-sized river Test sailing ships under full sheets move past the windows.

Their grandfather is John Cleese, who sleeps a lot. He is immensely fat and balding, covered in liver spots. He is attended by a very nice little boy of about 10 years, chubby and red haired, who sings like an angel. He supports the family by delivering singing telegrams.

These very nice people decide to take me to visit their aunt, and to show me the sights. We all embark on this trip in ultralight aircraft and sail above the chimneys and cathedral spires of medieval Paris (Which is what modern London apparently looks like from above; stay with me here) admiring the view and chatting about the buildings we see.

As we approach the aunts house it becomes apparent that she lives inside a bombed-out catholic church that was abandoned during the Second World War, the church of the Blessed Virgin.
We sail around the cornices admiring the old painted advertising signs (Hudson, Signal Gasoline, Bull Durham Tobacco) flaking away on the sides of the building and the various medallions and details depicting scenes from the Virgin Mary's life. As we spiral downward we pass a strange vignette that I don't recall from catechism; The Virgin Mary crouched inside a small room peering out through a pair of high-powered binoculars. "Hm, " I think. "That's odd."

Yes for the first time.

The nave and transepts and part of the sacristy have been patched with brick and steel brace and remade as a private residence; meanwhile pigeons sail through the openings high above where stained glass windows used to be and piles of pews lay in stacks against the walls.

The aunt bustles about and greets us, trailed by a large elderly Labrador retriever. We sit on the sofa next to the communion rail and admire the altarpiece which is still in place behind a gated surround.

This Tiajuanan vignette depicts the Virgin Mary in a heroic stance, a pair of military issue field binoculars raised halfway to her face as she gazes off into the distance with an alert and noble expression. Nearby is an azimuth table, or whatever you call those range finder table thingies used in field operations and fire towers. The whole area is full of old rat droppings and broken wood and stone; everything covered in plaster dust , pigeon crap and old, old dirt.

Marylin Manson is one of the guests. I sit on his lap and we chat. He turns out to be a very nice guy. Rather on the slight side too. Long black cat claws extend from his fingertips. Because I am seated on his lap I am able to note that his eyes really are like that. So is his skin, because he really is dead, although he seems to be in a friendly mood despite that.

Eventually I get up to go see if the lady of the house needs any help. I want to make a nice impression as a guest in this country, after all.

Back in the sacristy is a kitchen and a small dining area with an early 60's Magnavox stereo credenza off to one side. The large Labrador retriever comes wagging out to greet me and I scratch it's head. Another animal waddles out to meet me too. At first I assume this is a massively warty white standard poodle. Its back and face are covered with strange irregular masses that hang in wattles or form wobbly mountain ranges on it's back and sides, all of it covered by a thin coat of white curly....something. It doesn't feel exactly like fur.

As I scratch its head it opens its mouth to bark, but instead a strange yawping sound emerges. Something is wrong with this animals face, I note. The mouth and the head are really short and round and there aren't any teeth.
"What kind of dog is this?" I ask.
"Oh, that's a turkey," says the aunt.

This doesn't bother me nearly as much as it should.

I continue scratching its head and it makes the yawping sound a couple more times. Long yellowed masses of warty flesh hang down on either side of its face like uneven beagle ears, or flat sweet potatoes, covered with what I now realize are downy, curly pinfeathers. "Huh. I would have never thought it was a turkey," I say.
"Well, that's what they look like when they get really old", says the woman. "I've probably kept it too long, but I'm so used to it now, you know."

And then I wake up.

Have a nice day.

*He gave in finally. Mrs. Merrin called him on the intercom when she saw what I was drawing.
Posted by FirstNations at 8:07 AM 32 comments: Links to this post

Y'all are outstanding. I've been to other places; I know you have too-where an issue like gun ownership would have had people raging and frothing... attacking one another in the comments lounge, knocking over the furniture, spilling the crab, setting the Egon Scheile collection on fire. 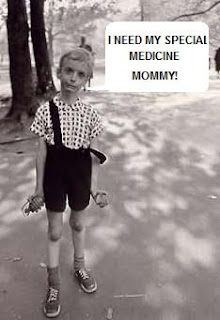 As it stands, we only had one glass broken and someone left the water running in the bar sink. There's a stain on the carpet over by the Mapplethorpe but that happens a lot in that corner for some reason.

In reading back I wish I hadn't used the comment equating a broad, broad term like pacifism with non-ownership of guns, because that leads to the opposite 'self-defense=ownership of guns', which is 1. spectacularly inaccurate and 2. shitty logic on my part. I'm supposed to know how to develop an argument better than that.

Here's what I got out of it.

I think there's something to be learned from the Brits. There's got to be something fundamentally different-and saner- about they way they approach living in a group. We don't feel safe. A significant percentage of the British population DO. I find that extremely interesting and you should too.

Any of y'all Brits who might want to do a post on this, let me know. I'll give you three days up on my blog, either your link or your actual post.


We had a windstorm yesterday that knocked out the power for at least 16 hours. This was as bad a go as I've ever seen here; tropical storm level winds, pieces of other peoples' barns cartwheeling past, small trees lying almost parallel to the ground and large trees broken off halfway. I sat in the front window and watched thousands of bright yellow alder leaves bounding and tumbling across the field across the street, rushing straight toward me. The grass lay flat and glittered. The only birds out were seagulls, who know how to enjoy a good storm, and small ducks, which do not.

At the best of times a small duck is not a real aerodynamic little guy, so why, in the middle of a near-hurricane force blow, they should suddenly decide to take to the air is beyond me. Still, there they were, flapping their little wings to beat sixty, all steadfastly aimed in the same direction and yet blowing sideways and and around in circles like chips in a current of water. 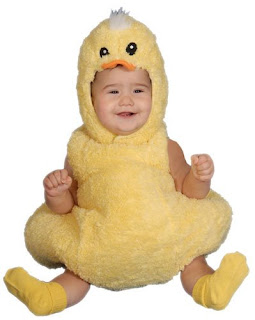 ...of course, you eat a baby this size you won't be flying anywhere.

The gulls dipped and dove and tumbled and sailed all around them. Probably giving them a bad time. "OO hey, be careful, you guys! Hey! Where ya headed, guys? Hey! You guys need a map?" That sort of thing.

This morning the power is back on and the sun is out. Yesterday afternoon many of the main roads were blocked by fallen trees; today I'd be surprised if there were more than three that remained impassable. Most everyone who lives out here has learned to carry a chainsaw in the car all fall and winter. Practically as soon as a tree hits the pavement there's three guys stopped in the road, sawing it into chunks and winching them over to the side of the street.

Public works was on the ball. They don't get nearly the attention they deserve for what they do for us out here in the stickerbushes. They had crews out all day in the middle of the worst. 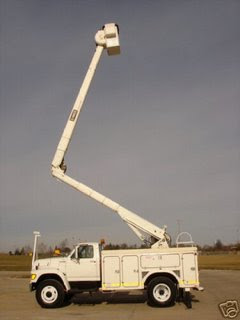 Imagine being up in a boom truck, 25 feet over the pavement, during 60 mph winds in sideways rain, trying to dodge half of a Douglas fir swinging around, all tangled up in live power lines. That, my friends, would be fucked up.

Would I do it? I would not. Well I might, if they'd let me take the boom truck home at night.

Posted by FirstNations at 7:38 AM 28 comments: Links to this post