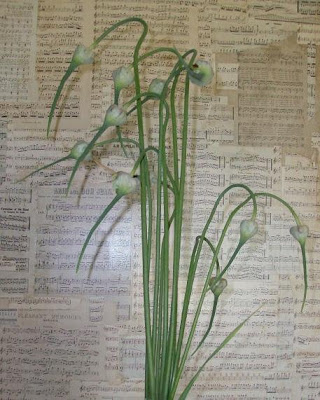 ...these are the top setts off my serpentine garlic. It's almost a shame to harvest them; they're so odd and pretty. The little 'Kremlin dome' at the end of the stalk contains tiny little new garlic bulbs. If the garlic were left in the ground and the stalk to dry, eventually the 'dome' would split, and the dry stem would topple over and shatter the little cluster far and wide. Each little bulb would then become next years underground garlic cluster, send up a tall stalk, form setts....and so forth. When I harvest my garlic I hold the unfinished setts in water until the capsule splits. When the cluster is ready to shatter I scatter them wherever I think they might look interesting in the garden. That's all there is to planting this kind of garlic! 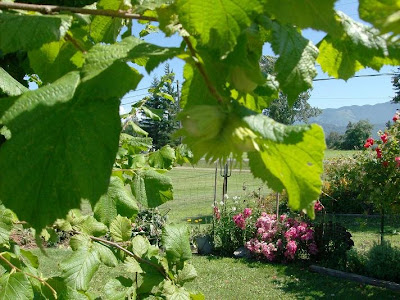 This year I just may put up a scarecrow or some tin cans on strings or something...last year the crows robbed me blind and I WANT BAKLAVA DAMMIT. 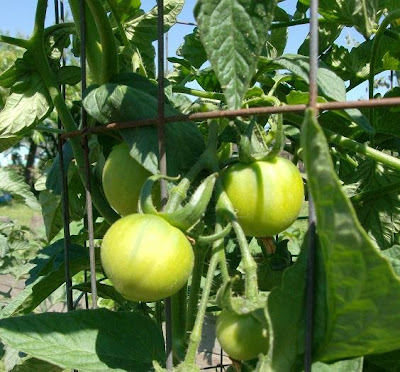 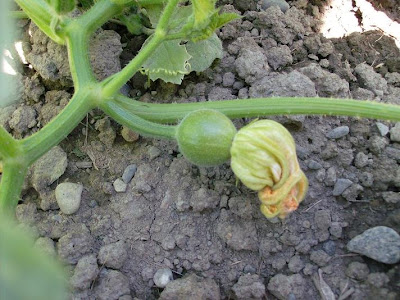 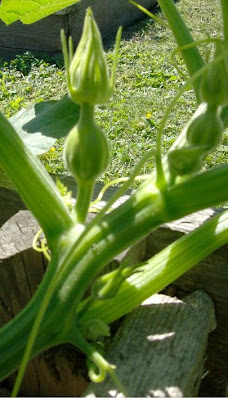 According to my Yummy Biker, these seeds were from the most delicious acorn squash he has ever eaten. So I saved the seeds from it and grew it. When they come ripe and I serve it up to him he will have no idea what I'm talking about. None whatsoever. 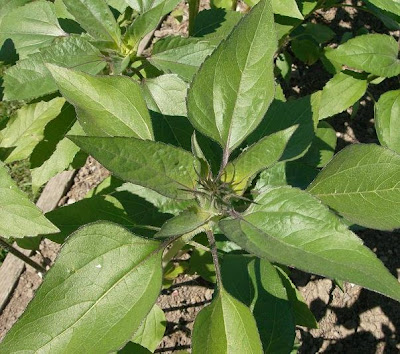 This is from the 'mixed' row. It could be anybody, and blossom out any color, too. I'm hoping it's a double selection called 'Teddy Bear'. 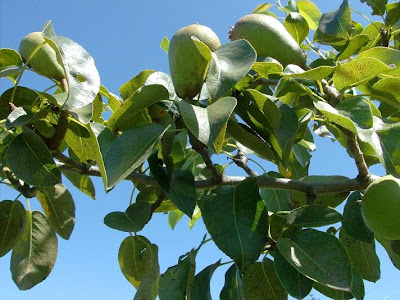 Remember the pear tree that used to give me only one lonely pear every year? Not any more. I like to see these come on...they start out sticking straight up into the air, with the spent blossom end pointing up toward the sky. They look like little hot air balloons. As they get bigger they turn downward and the entire limb takes a half-twist with them. Then HUNDREDS OF CROWS LAND ALL OVER THE THING AND TAKE BIG NASTY VICIOUS SNIPS OUT OF ALL THE FRUITS AND FLING THEM ALL OVER THE GROUND AND CRAP ALL OVER EVERY THING AND TAKE OFF AGAIN. 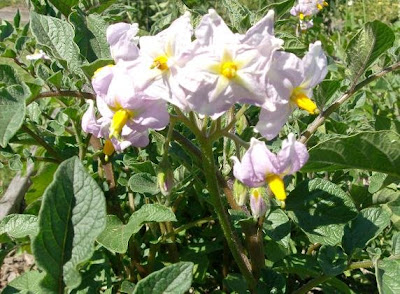 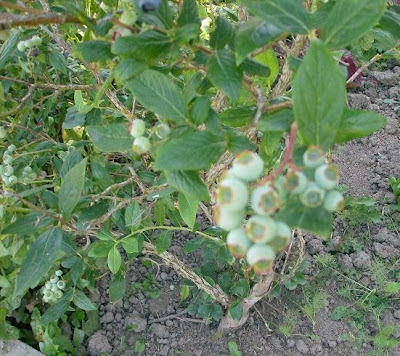 Gazillions of them. I have two blueberry shrubs and the branches are just sagging, heavily laden with fruit. The long, cool spring wasn't a bust for everyone out in the garden, anyway. In fact, this shot was taken after I harvested this afternoon... 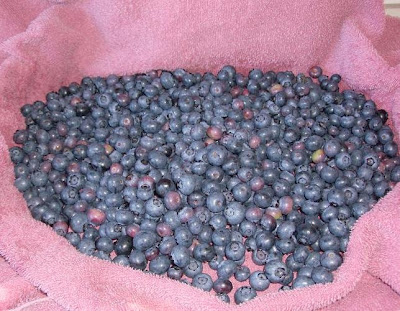 This is about a quart and a half of big, fat, roly-poly blueberries, cleaned and stemmed. Last year I took three harvests off my plants and I'm expecting to get at least that much this year, providing the robins don't get there first. Oh yes; I've caught them out there teaching their robin children how to rob the bush; fling yourself flapping straight into the center of the thing and then gobble the fallen berries all up off the ground until you're too fat to fly. I've tried it. It works.
Posted by FirstNations at 3:29 PM 21 comments: Links to this post

Wax The Rambler Once Bird ...aaaaaaaaaaaaaand I think I've made my point.
Posted by FirstNations at 10:27 AM 28 comments: Links to this post