Being on Welfare wasn't as bad as you might think it would be. Yeah, there was a lot of paperwork, but nothing worse than what you'd run into during a typical day at school. Some of the people were less than polite, but that's life in general; no problem. I guess the worst parts were the long, interminable waits in the DSHS office, sitting on the sticky chairs, watching the 'challenged' couples making out in the corner while feral children ran batshit around the room with their hair full of bugs. None of which is a treat, but imagine sitting in the middle of same with two black eyes, holding a helpless infant in your arms. Yeah, that I could have done without.

Anywho, the actual day-to-day living was remarkably free of worry. I could count on having money to pay the bills when they came due every month. I got the best medical care I have ever received in my life. I never needed for anything related to caring for my child...food, medical care, supplies, diapers, you name it. I was able to make a budget for the first time since moving out of my parents house and not have to worry about someone going on a big self-pity jag at the end of the month when bills were due, smacking me around, grabbing the checkbook and dashing out to purchase, say, a dartboard.

LENGTHY DIGRESSION FOLLOWS:
And not just any dartboard; a competition-quality dartboard. Because all the other guys where he worked could play darts and he couldn't, see, and it took inches off his dick or something, so this meant he had to go buy the most expensive dartboard available and specialty darts RIGHT NOW and practice so he wouldn't be embarrassed. (and in doing so take out the entire wall around the sonofabitch for about a foot around and lose us our cleaning deposit...because we were renting at the time....) OO, or then there was the time we ABSOLUTELY NEEDED A BANG-OLUFFSEN STEREO and I got slapped around because I pointed out the fact that we were a month behind on the rent and our only means of transportation (a benelli road racing motorcycle, just what the urban couple with a kid on the way needs, parts scarcer than hens teeth and made of platinum when you did find them; another MUST HAVE RIGHT NOW purchase) had just shit the bed. Again. Or then there was the time we ABSOLUTELY HAD TO GO LOOK AT A SMALL PLANE for sale in Enumclaw...even though by this time we had to take the bus to get there because were living in an attic, our 4wd (...guess why we had that?) was being reposessed, and we were both 'employed' by a cult that 'paid' in past life regression sessions, but that he deserved because he also worked at a print shop and earned a paycheck (ostensibly for standing next to a machine with his hand resting on it for 8 hours, when he wasn't screwing the secretary) and my pregnant ass did not. Then he decided that he needed an emerald tree boa. Want to hear about the emerald tree boa? A week after not buying the small plane we're out at some goddamn sporting goods store in Bumfuck Egypt looking at bamboo flyfishing pole blanks (because everone who is dirt poor and in debt and who lives in the middle of the city and has no transportation and works for a cult that pays in past life regressions and has a baby on the way NEEDS TO MAKE THEIR OWN FLYFISHING ROD -which I might add, is NOT the cheapest hobby in the world but one that absolutely had to be pursued) and while we were there we happened to wander in to a pet store where there was an emerald tree boa. SUDDENLY WE HAD TO OWN AN EMERALD TREE BOA.

So yes, being on welfare was a significant step up compared to that shit.

My absolute favorite thing about Welfare was food stamps. I don't know how they do it these days, but back when they gave you sheaves of what looked like Monopoly money, all colorful and fake looking, just screaming to anyone who cared to look 'hey, I'm indigent!' Of course, you got over the stigma real quick when everyone else in line was buying their groceries using stamps too....and you had a baby to feed.

Since I was fortunate enough to be poor in downtown Seattle, I had access to what were possibly the best ingredients available on the West Coast, and that at the beginning of the 'Pacific Rim Cuisine' movement as well. Even ghetto little corner markets carried things like craft brewed beers and frozen quail. Soon I was shopping at the foggy break of day at the Pike Street Market, expresso in hand, baby in frontpack, bumping elbows with world-class chefs and food managers, buying duck, goose, salmon, wildcrafted chanterelles, you name it. ON FOOD STAMPS. It was awesome!

Now, I might have bought upmarket, but I was a single woman with a child who made my own everything. This meant that at the end of any given month I had a full freezer and a whole stack of funny money left over, stuff that could ONLY be used to purchase food. Since you can only buy so much duck, and you can only fit so much food into a freezer, this was when you started 'cracking stamps.'

Anything that cost less than a dollar was changed back to you in coin, at par. (This is why you can go in to any quickie mart here in the Northwest and find boxes of apples, onions and potatoes next to the checkout stand.) You could actually make money cracking stamps, since their face value was some percentage less than real cash, so some dedicated cheaters would get their stamps at the beginning of the month and crack the whole stack. You came out money ahead, and it was all real coin money you could spend on ANYTHING YOU WANTED....plus, you ended up with a whole bunch of stuff like single onions and potatoes and turkey tails lying around, so you could make stew, too.

I completely let down welfare queens everywhere. I should have cracked my stamps and then run out and bought a whole bunch of malt liquor and a couple of rocks, right? Nope. My coin went to cab fare.
Yes, it's sad. I know.

I hated riding public transportation with a baby. Public transportation is NOT CLEAN. That, and I hated riding mass transit anyway because I am a freak magnet. I am. If there is someone within a city block of me wearing a tinfoil hat, they will be irresistably drawn in by my freak magnetron and end up in the seat right next to me talking about how the CIA implanted a tracking device in their penis that shoots out radio frequencies whenever they masturbate.
Oh yes.
The final straw was when I was riding the bus just looking out the window, caught a motion and turned and found a filthy freaky drunk slowly stroking my sleeping baby's head. I was nice. I told him to please stop. This earned me getting my shit called a fucking whore for the rest of the bus ride, and then Mayor McFreak followed me off the bus and called me a fucking whore all the way down the street too. So yes, whenever possible, I preferred to take a cab.

I like cabbies. Every single one I ever met was a man with a plan, a total scamming motherfucker, and a smartass. They were pretty good to me at a time when I really needed the break...helping me with my groceries, taking me the shortest routes and then waiving half the fare, showing me around town and telling me where things were, and just being friendly, decent and real. In a different reality, with a better driving record, I could totally get into driving hack, and God help pedestrians everywhere; right, so I guess it all worked out for the best. To this day I will take a cab if it is at all possible or necessary.

I was driving around shopping yesterday with the 'all-growed-up' version of the baby I was packing around back then, musing back on how different things are. Some things haven't changed, though. We're still shopping together. I guess thats pretty cool.
Posted by FirstNations at 7:57 AM 25 comments: Links to this post

Here. Look at this instead. 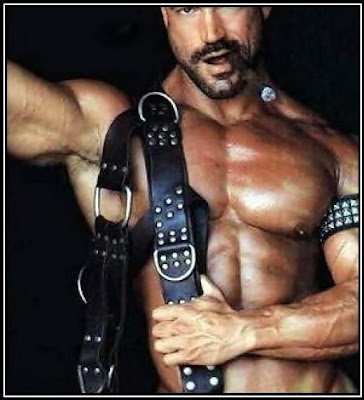 Kinda brightens you whole day, doesn't it?
Posted by FirstNations at 3:07 PM 16 comments: Links to this post