I've been pretty lucky when it comes to receiving gifts. I've received some dumb gifts, of course, and my share of useless and thoughtless ones, but nothing that ever tipped over into 'truly demented' territory.

Not until Party Girl came into my life.

She's the Yummy Bikers mom. Now, Party Girl is a nice woman. She also happens to be a lifelong, hardcore alcoholic. I have never seen a human being put away the vodka like this woman can, and I mean from the time she wakes up in the morning, brothers and sisters. That first cup of coffee in the morning is half Smirnoff. No fricken lie. If you happen to be up at the same hour she'll pour you one too; and then sit there and laugh at you while your eyebrows singe and your nipples shoot off the end of your tits. It WILL wake your ass up.

She isn't a horrible drunk. Sloppy, yes, but not evil. At her worst she likes to wander around in a flannel nightgown, overflowing with love for all mankind, and give big friendly hugs. Nothing wrong with that.

The wrong part is when her giant braless boobs come swinging down like two Smithfield hams and nail you right in the face.

You can't really put your hands up either. I mean....yeah. You get the picture.

And let's say you're sitting down low, like on the sofa or something? Come the actual hug you get an added bonus: 25 pounds of big old blubbery mother-in-law boobage laying right on your lap.

What are you going to do? I mean, here's this sentimental woman who is still overjoyed after 22 years that her baby boy found someone without a prison record to marry; and she's just plowed enough to where she loves the whole world, so really, what CAN you do? Pretty much just sit there. "Ok....I love you too...Ok. Boy, those are really just, you know, sitting right on my lap there. Yes indeed" ...and sigh and pat her on the back while she sniffles and tells you how much she loves you.

Bear this in mind as well: The Yummy Biker got his physique from HER side of the family. This is a woman who tours on the amateur champion golf circuit, ok? She's 73 and she's got biceps like wrecking balls. The last thing I want is the possibility of her pissed off at me.

Come the official winter Holiday season she shops, wraps, cooks and writes Christmas cards to the tune of a 5th of vodka every other day. (And remember, that's just vodka. Their neighborhood becomes a 24-hour floating cocktail party during November and December.) In a good year the card will be legible and there'll be money or a check. On a bad year?

We got a giant box-a huge monster box just tore all to shit by the post office. Inside the box was probably a months' worth of Sunday newspapers all wadded up tight into little balls. Three small boxed presents floating around in the middle of all that.

By this point in the unpacking process there is literally newspaper filling my front room. As it accumulates, once freed of the compression, the level is rising too; we sat on the couch and watched it gradually unfold itself and swallow the television and roll out through the divider into the kitchen. Ever see The Blob? We were laughing so hard we had tears rolling down our faces.

The biker opens his present; fine. My daughter opens hers; fine.

First I unroll a tube of tissue paper.

What to my wondering eyes does appear?

But wait! Theres another flat package jammed beneath the first! Whatever could it be?

This is the same woman who will roll up in a car that cost more than my house and announce cheerfully 'I have presents for you!" and mean it sincerely; in a voice that means she's expecting you to jump up and down with anticipation.

It also means that the trunk of her Cadillac is loaded with boxes and bags filled with the partially used contents of her refrigerator. Half-heads of lettuce and limp cukes with creepy sunken-in places on them and packages with like 2 pieces of bologna left.

She and her husband go hunting up in Alaska every year. Everything they kill goes straight into the freezer where it sits until someone decides it's old enough to pass down to me. I get frequent bequests of 5 year old freezer-burnt moose and ancient halibut, all of it portioned up and wrapped by a woman who's spent the last 40 years of her life pickled. I've opened a package marked HULBOTT to find only the tail of the fish inside; admittedly a huge impressive finny tail the size of a newspaper, but still...just a tail. Not even with any butt attached to it. Now, yes, it's kind of cool to mess with for a couple of minutes. Chase the dog around maybe. But after the novelty value has worn off you still have this fish tail. And its all huge and everything. Just...kind of....there.
Yup. There it is. A tail.
Yup.

Her creative side comes to the fore after a few C&V's too. The labelling on anything frozen is always always highly suspect. Waiting for something to thaw is like that part in 'Jaws' where the music starts, and that naked broad goes running out in the water in the dark and meanwhile you're all going "JESUS YOU STUPID BITCH GET OUT OF THE FUCKING WATER THERES A SHAAAAAAAAAAAAAAAAAAND THEN SUDDENLY THE MUSIC STOPS AND

Have you ever seen a moose tongue?

And here's a little-known fact: Even without the rest of the moose attached the tongue of the moose continues to exude buckets and buckets of viscous freaky alien DROOL. You'd think absence of a moose hanging off the other end of the tongue would tend to put an end to the whole drool production thing but boy would you be wrong.

I make her son deal with that that shit now. I don't even look at it. If I hear the seagulls going nuts out in the field next door a few hours later I can pretty well resign myself to the fact that I've been living with an antique bag full of frozen moose foreskins or something.
Posted by FirstNations at 12:05 PM 14 comments: Links to this post 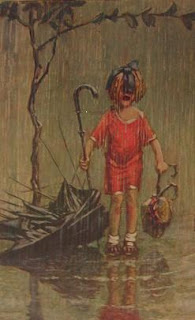 Ok now this crap has got to stop. Who stole my piggy pig?
Ok fine not really my piggy pig; Pinks' piggy pig.


Look at her. Look at what you've done.

No not the ball-headed little slappy freaky kid in the cartoon. 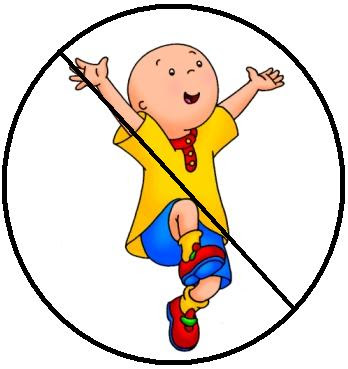 Tell you what, I'm waiting for the episode called "Ball-headed freaky little Caillou sitting in the bathtub playing with a plugged-in toaster" because DAMN that is one annoying child. Or maybe "Caillou vs Baby Elmo Cagematch' Or "Caillou taunts a premenstrual weasel with a stick'. And speaking of annoying childrens' show characters, I'd pay money to watch "Baby Elmo takes a trip through the chipper because Baby Elmo won't quit referring to himself in the third damn person." Any one of you out there with preschool age kids knows exactly what I mean, too. 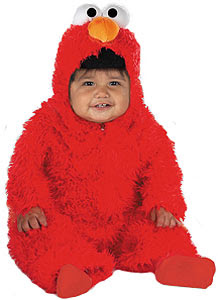 ...you see what happens? look at this. Elmo ate a kid. now come on.

But back to my missing piggy buddy.
I have suspects, of course. 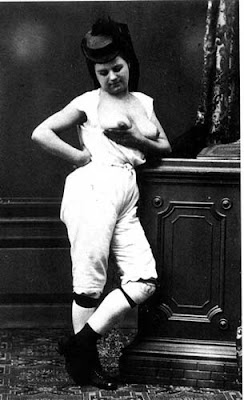 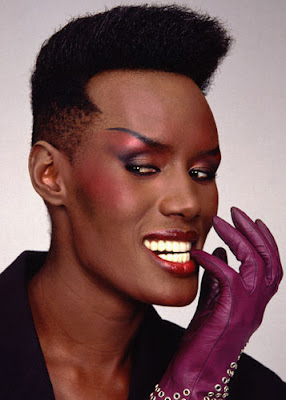 ...guilty as hell. looks hungry, too.
Keeps changing her name. Sure sign of a guilty conscience. Also has proximity and motive (sammiches)

Recently 'lost' two pets due to 'illness'. Present pet suspiciously unaccounted for. Complaints to campus security of 'barnyard noises' emanating from her rooms. UPDATE: as of this posting her whereabouts are unknown; South Africa is a possible destination. 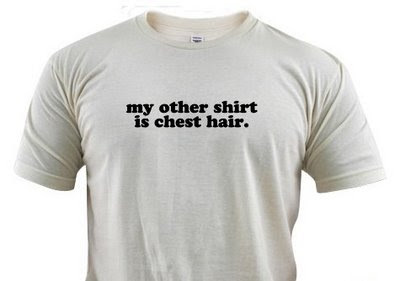 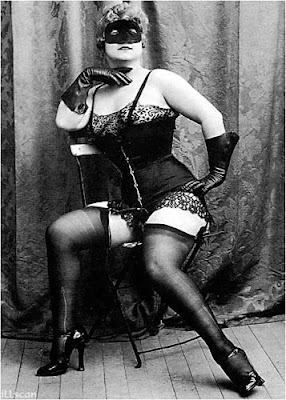 ...5 foot 2 and sealed for your protection
God only knows what her twisted motivations might be. 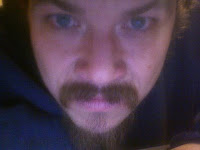 ...please don't hurt me mr. crazy man
Please. This is the kind of person who steals breadsticks from Italian restaurants. A whole pig to someone like him means he can cancel XTube for a month!

Now y'all just sit back and muse upon that for a couple of days. I'm hoping someone has the strength of character to simply come forward and say "I made a mistake. I took Caillou. It was wrong and I'm sorry."

Will I be holding my breath? Depends on who I'm blowi We'll see.
Posted by FirstNations at 12:42 PM 13 comments: Links to this post

The Secret Policemans' Other Blog

One of the things that I did change was the 'statement of purpose' on the sidebar. I think part of it bears repeating here. Remember; I'm not talking about this blog. I've had worse things than a guy in a Gumby suit here.

"This is a vanilla site. You won't run into anyone dressed like Gumby with sturgeon gaffs through their nipples. Although at some point I might provide the link to the 'Mr. Hands vs. the Enumclaw Horse' video because I feel everyone owes it to themselves to watch a man get ridden by a horse, and see firsthand why that's not such a good idea. I mean you'd think by the year 2006 that whole issue would have been settled but apparently one man missed that day in health class. Never skip health class, folks. You could get assraped by a horse and die with your abdominal cavity full of Mr. Ed's love guck. Would your mom be proud? "My son died hemorrhaging on a gurney in the emergency ward when the quarterhorse he was dating ruptured his bowel with it's dick." All because because you were mokin da doink and missed the class where they told everyone that something the approximate length and width of a sculling oar doesn't belong up your butt, particularly when its being propelled into that position by an animal used to DRAG BEER WAGONS...No.
No, she would not.
So, yeah."

Posted by FirstNations at 12:09 PM 35 comments: Links to this post