What have I been doing during my long absence from the innerwubs? Thinking only of you, my darlings. Only of you.

With you in mind, then, I undertook to perfect a special recipe. This is particularly for those of you with an open mind, an adventurous palate and a thrill-seeking liver. So without further ado (or extensive disclaimer - if you misuse this it's going to take some deliberate doing on your part and I'm not your mother)I present to you the fruit of ten years' experimentation:

Shasta Daisies a la Mexico
...a delightful beverage you can serve at your next Young Republicans soiree 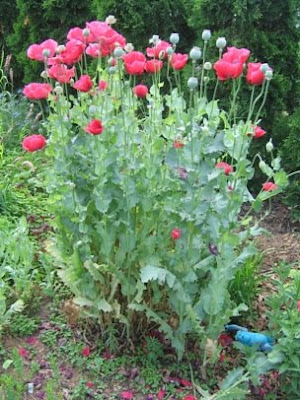 Note: Effects and measurements of the "Shasta Daisy" are based on results using a middle aged woman weighing 210 pounds with an empty stomach first thing in the morning. Your results may vary. In fact, if you are allergic to opiates, your results may vary as far as death, which is fatal. Don't be a dipshit. 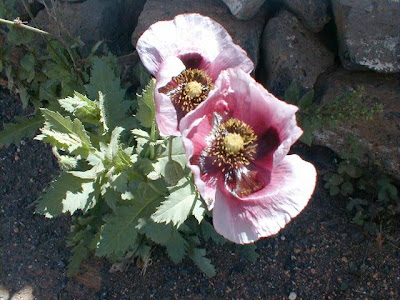 fig. b: "Shasta Daisy" comes in many different colors and petal configurations, which matters not one whit to the relative potency of its psychoactive compounds.

-Plain white sugar or honey (or fructose) to taste


The following ingredients are optional and to taste and can be omitted if so desired. I don't. These are what makes it extra delicious.
-MORE Hershey's Special Dark unsweetened cocoa powder

-More sugar or honey (or fructose.)

Run the chopped "Shasta Daisies" through a blender, using just enough lukewarm water to make things able to move through the blades, adding bit by bit until you have 2 cups of green chopped up goop. Pour into a saucepan and set aside.

Now pour the heavy cream and/or the coconut milk into the blender. Break up the cake of Abuelita Mexican chocolate and add to carafe, blend until smooth. Or as smooth as it gets, which is a little sandy.

Add the rest of the ingredients into the carafe and blend them together now, if you're the bold type and know your spices. Or, you can wait and whisk them in later and taste often. It's up to you. I honestly don't care. Just do whatever the fuck you want. Just go right ahead.

Transfer the contents of the blender to the saucepan. Now add extra lukewarm water, cream or milk to this if you have to, enough to bring the slurry up to a 'Campbells chicken noodle soup' consistency. It all depends on how 'juicy' the "Shasta Daisies" were, so do whatever you gotta do here.


Stirring often, bring the contents of the saucepan up to a bare simmer, just before it begins to bubble actively. If you were all spineless about adding the extra ingredients earlier, now is the time to whisk them in, tasting often, but sparingly. After all, we're talking about "Shasta Daisies" here. At this point it's going to have a distinctly rank, uncooked green vegetable flavor. This is probably because at this point it's raw uncooked vegetable matter. You see.

Once it reaches the 'almost bubbling' point, lower the heat and let it steep on 'low' for at least 45 minutes, stirring occasionally. This develops the spices, extracts the active ingredients from the "Shasta Daisy" and also kills the 'lawn clippings and raw beans' taste.

Let cool (overnight in the fridge is optimum), then strain. I use a ricer over a fine mesh strainer set over a bowl, working in batches, so I can squeeze out every last drop of that "Shasta Daisy" goodness. 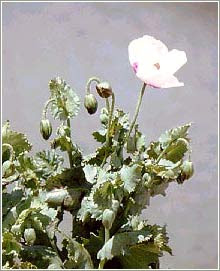 fig. 3: "Shasta Daisy". If anyone at this point actually, actually comments 'Hey, that's not a Shasta Daisy!', please go read Wife in the North.

This is delicious. DELICIOUS . The "Shasta Daisy" adds a pleasant astringency that keeps the whole from being too cloying, actually acting as both a culinary and a psychoactive ingredient. One 16 fluid ounce glass is roughly equivalent to the intoxicating effect of one hefty oxycontin, so if you're a cheap date don't be operating any giant wheat combines or the Space Shuttle or attempting microsurgery or taking care of an infant or trying to conduct serious business. Or actually yes, try and conduct serious business. And make a video of that, and send it to me. In about 30 minutes, assuming an empty stomach and a normal constitution, you should begin to feel the effects, which can last anywhere from 6 to 10 hours.

You Randolph Carter types will already know what to expect from the "Shasta Daisy" and its unique melange of active ingredients, and so you'll be glad to hear that you can use any of the usual enhancing agents to kick it with for that extra something special. I'd advise you to let it happen unassisted for the first trial, though. If I add anything, I add a shot of Bushmills and call it good.

Now, you see? Wasn't that worth waiting for? Yes it was. Now here's a picture of some boobs.

Posted by FirstNations at 10:44 AM 38 comments: Links to this post