With a tip of the bicycle helmet to Sopwith Camel!*

Because I have no sense I am going to take on one of the 'big' questions and answer it definitively.

So then. What is art?

A creation by a human with something detectably human about it...evidence of the creators hand and thought that registers beyond the immediate sensory impression.
I don't make distinctions between high art and low art because that's deeply fucking repulsive. There isn't one. It all comes down to a question of 'does it communicate something beyond its apparent form?'
It really isn't any more complicated than this.

Now that we have that little issue cleared up, what about those so-called artists who give the whole effort a black eye? Whose work is so bad, so irresponsible, so contemptuously produced that it makes baby Jesus cry?
What is BAD art? 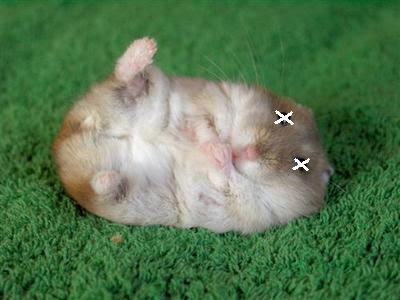 guest deceased hamster Bluto Schmuggleware, recently gone to his reward via an overdose of amyl nitrate, yet STILL completely without odor. Call the pope!

A guy named Arthur with a police record.

"Your attempt at levity has not added anything to the intellectual tone of this inquiry. Bad art is...?

Listen, I mainly look at the ladies. You keep asking me to critique this shit and- 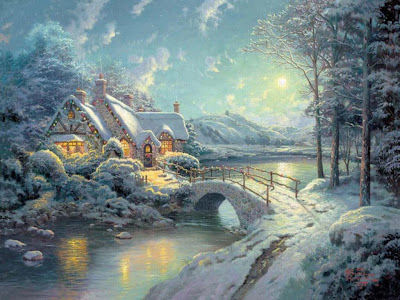 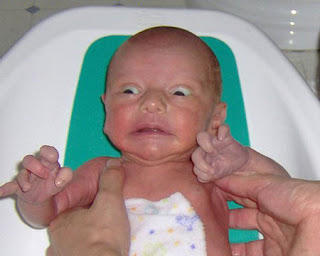 
"...Philistine; that is the work of internationally renowned Thomas Kinkade, the Painter of Light! He creates some of the most sought-after images of our time!

Fine; I'm just saying that I've had bad gas in public restrooms with better wallpaper. That includes the graffiti.

"You cannot tell me that this next image does NOT stir the very depths of your rodent soul: 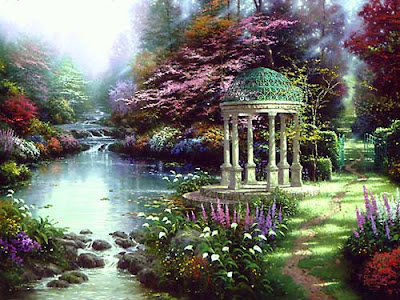 Isn't that that one scene in 'Mary Poppins' when they go through the chalk painting...?

"No! This is clearly an image of reverence and devotion.

It's that planet where the Care Bears come from...?

"It is a Garden of Prayer! You can tell by the magic cotton candy trees.
This next one might be a bit more accessible. Here: 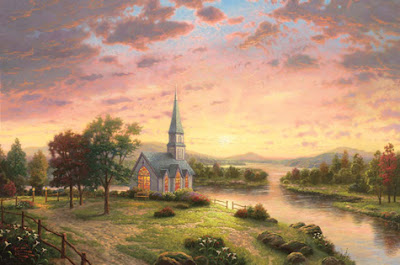 Um....ok. It's the fabled Lost Temple of the WASPs...?
"No!
The 'Wee Kirk o' the Rill Tainted With Agricultural Runoff'?
"No no no! It's not even about a church! Everything about this scene evokes the solace of religion. Even the title was chosen to convey a sense of God's promise...'Sun(you see the play on words here?) rise Chapel'. As in 'The Son has risen!' Get it? Sun? Son? Risen? Morning? Two messages in one! A beautiful harmony of meaning beautifully and harmoniously joined together like twin ply toilet paper, the pink** scented kind with the wavy designs embossed in it.

People buy this stuff by the metric shitpile. Why?

1. It's pretty. Everyone likes pretty, right? It's not like, say, beautiful, because beautiful demands a little interaction. Pretty is just....nice.

2. Look at the palette. Remind anyone of a particular decade? That's right! It goes with old people's furniture! Pink, peach, grey and green...Mom and dad have all that disposable income now that the kids have flown, and what better way to display this newfound affluence than by purchasing a piece of art? One that already matches their decor?

3. The subject matter is easily recognizable. By God, a house looks like a house and a tree looks like a tree. Nothing at all like that modern stuff where you can't tell what the fuck its supposed to be of.

This guy's work is the visual equivalent of a prostitute smoking down her cigarette while she waits for her client to 'get finished'.
Is it art? Yup.
And the message is 'write the check, asshole'.


*And a 'thank you kindly' to Tickersoid, our man in Pontyhotpant, the word 'Sensory', and his amazing brain.

**I wonder if the artists preoccupation with the color pink might be evidence of a deeper level of symbolism? A subtle yet overarching acknowledgement of the female creative principle? Or maybe it hints at a primeval spirituality that can be apprehended only after ingesting certain hallucinogenic cacti and tripping on children's programming?
I think the answer is obvious.

Posted by FirstNations at 9:58 AM 35 comments: Links to this post

Remember when I asked y'all to help me figure out what to write? well, I aint forgotted. Here's whats left...

1. Art Rant
Nobody voted for this. That's why it's next! Someone suggest a subject. If not, you'll take what I throw at you and like it. So ha ha!

2. Mental Disorders Serve the State!
Unformed half-notions and poorly thought out arguements guaranteed! This one will go a long ways in convincing my daughter once and for all that I wear a tinfoil hat AND underpants.

the following are from the suggestions corner......

4. Fluffy Kittens
Y'all are just SICK. There were two votes for this. Be careful what you wish for.

5. Why are Bin Men Lazy Cunts-Eddie Waring:
Now see, I'm sure this is something Eddie just tossed out there with no thought whatsoever, just to have something to contribute so he'd look all cool. Well, Eddie, I'm gonna front you up on this one. Now don't you wish you'd thought things through a little better? You could have chosen something meaningful or interesting but noooooooo, you had to be all flippant. And look where it got you.

6. Dugongs:
Now see? You could have asked for something cool, like dugongs, Eddie. Danator asked for dugongs. But nooooooooooo, Eddie was careless. Eddie was thoughtless. And now there's NO GOING BACK FOR EDDIE.

7. Old Knudson: This one will write itself. Can you dig it? Yes I can. (I know CB can. she's been waiting such a long time for Saturday.)

8. Gypsy moths, shitty ass caterpillars and arm rashes: any connection?
Claire asked for this one. Yes, it plumb eludes me too. Nevertheless, I will put my powerful powers of paranoia to work upon these seemingly unrelated items and laboriously hammer out a connection between them, which will in turn convince my daughter, the Stainless Steel Amazon, to have me involuntarily commited to that special exclusive spa where they administer the Xanax via enema. Yay enemas!

9. Ooo, and guess what? One might think I have exhausted the chancre full o' sepsis that is the Meadows clan, but that is not so!! No, my darlings, they is just like Jello...there's always room for more!
Although if the Meadows really were like Jello it would be that realy icky vanilla Jello that looks like the stuff that comes out of a zit, not nice good Jello that's clear and a pretty color because that's not the type I mean.
Posted by FirstNations at 8:24 PM 27 comments: Links to this post