No kidding, what's with this shit?

Did I vote for Nader? Yes I did; the year I didn't vote for the lesbian separatists.

Do I not embrace political, cultural and sexual diversity? I do; indeed I do.

Am I not an outspokenated agnostic minority female WHO PASSES?? I is.

Do I not swear enough? PLEASE!!!

YET MJ RATES A* HATE SITE AND 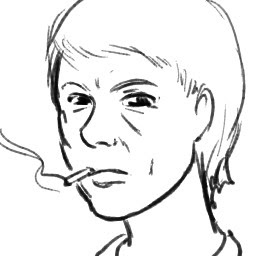 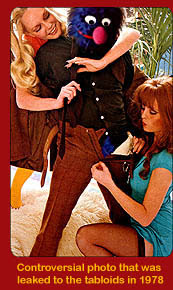 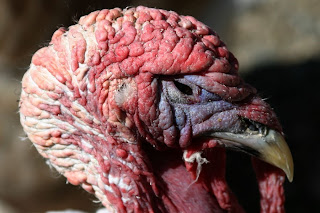 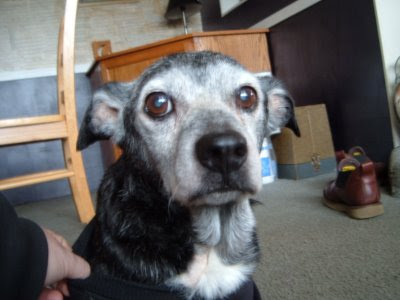 
So come on, conservative fundamentalists, I know you're out there; I can smell ya!
I know you read me!
GIVE ME MY HATE SITE OR GIVE ME


...WELL, NOT DEATH, BUT SOMETHING PRETTY DANGED BAD.

The Stainless Steel Amazon and I went up to Canada a couple of days ago for a girls day out-birthday lunch (The Amazon's).
I have always liked Canada. I have always liked BC. But mother of all that's holy whats the fucking deal with the damn freeways??

The existing highway infrastructure in BC was designed by the Amish, I swear to God. You cannot build a freeway serving one of the major cities in the world by simply paving over the track where the cattle go down to the creek. Furthermore a major highway system should be built out of material somewhat sturdier than the aquarium gravel being used presently. I know whereof I speak, too; I grew up in Oregon pre-sales tax. Our roads were a mess. But they had the distinct advantage of being designed by people at least dimly aware that there would be, you know, big trucks and lots of cars traveling over them.

It isn't just the TransCanada, either...every surface road in the damn province is a mess. No matter if it's just gone down in a brand-new development; in less than one years' time it will look like Sherman tanks have been using it. BC, you need to take a long, hard look at what's really going on in your highway department or the ministry of silly roads or whatever the hell you call it. The administrator with all the offshore accounts and the brand new LandRover XL? You kill.

And now, the drivers.
No, now, really. My complaint with Canadian drivers up to this point was that they came down to the US and got all nervous and did stupid shit like stopping dead in the middle of the road to check their maps. Yes, really. I know this is a different country and all but the rules of the road are exactly the same. Still, you can understand people getting nervous, right?

I have had to revise this opinion. After this last trip up I have had to admit that the stereotype is true: these people are all drunk. Every single one of them. Drunk, wearing dark glasses, reading a book and getting a hand job. As soon as they get behind the wheel, man they're like 'Here, hold my martini. OO, use that burney lube; I'm likin' that shit, eh?'

The entire trip up and back was one long near-accident! Huge goddamn semi trucks switching lanes at random! Signals? Please! We laugh! Ha! Signals are for the weak! Cars passing you DRIVING ON THE SHOULDER, no, really. Two wheels in the grass, folks, doing 70 fricken' mph! (8522K) Passenger vehicles swapping in and out of the same lane of traffic three times in rapid-fire succession! Just for...what, something to break up the monotony? At 90 mph?? (3421 K) Drivers suddenly slowing down in the fast lane apropos of nothing! Lane drift..? Oh my God the lane drift. Do you all have Parkinsons? Have you ever been curious about why there's a line down the middle of the road? A huge lineup of cars CAUSED BY A DEER GRAZING OFF TO ONE SIDE OF THE FREEWAY!!! A DEER! BAMBI WAS EATING LUNCH ON THE SIDE OF THE HIGHWAY! OH MY GOD HONEY LOOK ITS A DEER! FOR THE LOVE OF GOD PEOPLE, PLEASE!!!

The on-and-off ramps are a joke. Simply a joke. These were designed by a depressed child with a Spirograph. And everyone thinks that if they shut their eyes and floor the gas somehow a space will magically open up for them in traffic. When it doesn't they a. go up in a huge cheese-scented ball of flame and Pakistanis, or b. slam on the brakes and pile up two and three cars in a bunch at the end of the ramp and honk and gun their engines. This is for real. I have never seen anything like this shit.

Now, were it Christmas shopping season? Or Monday 5pm rush? I could almost understand it.

THIS ALL TOOK PLACE AT 2PM ON A SUNDAY AFTERNOON.

Now it doesn't help matters that whoever designed this freeway system anticipated a future population of maybe twenty thousand souls whose prinicipal means of transportation was the oxcart. 'Laughably inadequate' is an accurate description here. And if I had to drive that shit every day I'd get a little frustrated after awhile, I know. The highway is simply not designed to handle the amount of traffic it gets. But you'd think with the enormous whack of cash the provincial government takes out of everyones' pocket they'd do something about this, right? I mean, it has to be affecting trade? Not to mention health and safety...? But all that money seems to do is to pay for a couple of crews of mouth-breathers to go around and scatter orange barriers at random. Maybe close off a couple of lanes of traffic. Then they disappear, and once they've disappeared NOTHING HAS CHANGED.

Now weirdly, this is all (not) happening west of Abbotsford. Immediately east of Abbotsford the TransCanada highway becomes a wonderful, smooth multiple-lane freeway capable of supporting, you know, actual freeway traffic? You know, with like, bigs trucks and shit?

THE PROBLEM IS, IT DOESN'T GO ANYWHERE.


NOBODY WANTS TO GO TO FUCKING CHILLIWACK.
Posted by FirstNations at 7:18 AM 27 comments: Links to this post