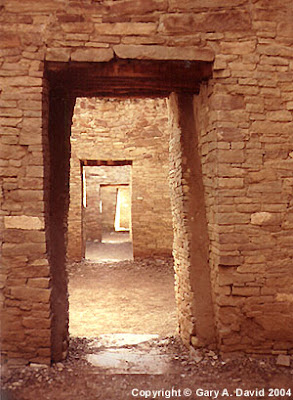 Of course you should be reading Sopwith Camel already. All of you.
Posted by FirstNations at 9:55 AM 13 comments: Links to this post

When I was in my 20's I lived in Seattle, on Capitol Hill, with my baby daughter and a growing sense of disillusionment with the system.

The neiborhood was pretty typical for downtown; you had to be careful, but your next door neighbor might be a tech millionaire. It depended on the building you lived in and how willing you were to be a victim.

I was not willing to be a victim. I was newly done with that bullshit. Irregardless of which I realized that I was a perfect candidate-single, baby, poor, no family, few friends. I did what I could to remedy that...mainly, I got serious about making connections, who I knew and who I didn't allow in. Completely new experience for me, being choosy and careful. But as time went on, it proved itself and I felt pretty damn pleased with myself for finally getting the hang of the whole 'hear me roar' thing. Well that and the fact that the ill-intentioned in my life were pretty easy to spot.

With the exception of one.

This really starts back in Portland, and I'm riding on the #30 bus, reading the newspaper. The headline is 'Son of Sam Killer Claims Another'. Theres a conversation going on around me about 'these hippies' in regards to the article; I guess the association between them and anything 'far out' was being made. Meanwhile I'm reading the statement made by a police officer about how the Son of Sam seems to prefer pretty brunettes with long hair parted down the middle. We were crossing the bridge and the note coming from the tires changed; I looked out the window absently to see the river and instead caught my own reflection. A pretty brunette with long hair, parted down the middle. It was one of those quiet, odd moments that stay with you.

Seattle in the 80's was not a good place to be a single woman down on her luck. We were being hunted and killed like any other prey species, one after another after another. The waysides and riverbanks and forests were graveyards.

In the beginning, it was pretty brunettes, with hair parted in the middle.

I cut my hair drastically, changed the style and still woke up in the night thinking about the possibility that someone out there was looking for a girl like me with a very specific purpose in mind. Meanwhile people murmured in the hallway outside my door all night long, slipped along the walls in the dark, climbed up the fire escape outside my window.

By the time Gary Ridgeway started taking a second look at the women he passed each day on his way to work Ted Bundy was spreading like a plague into other places, taking victims as the notion lead. Ridgeway took up where Bundy left off without a break in the flow of blood.

I carried my baby with me on the bus downtown, sat in the welfare office with her, surrounded with people as desperate as I was, used food stamps in that signalled to anyone who cared to look that I was someone with very limited resources and more than likely no backup to speak of. Every few days I'd pick up a copy of the newspaper and read that another woman had been discovered in the brush along the Green River.

I made a point of sitting through the televised sentencing. Ridgeway sat slouched in his chair, and if he was uncomfortable it was because he'd been sitting there for quite a number of hours by then. I listened to the statements made by the family members and friends. Their statements were delivered and simply fell into silence and dissipated. It was very disturbing to watch, and I turned it off after 45 minutes.

Last night I happened to look up and see Dave Reichert. Turned out to be a special, a rather regrettably arty one, about the Green River task force, as it was called, kind of an overview of that whole time.

There were long segments of footage cut from Ridgeways' interrogations.
At first I was struck by the mans' total ordinariness, as I've always been. This is the same not terribly bright face you see hundreds of times a day, share hundreds of fleeting, minor interactions with. The type of person who fills out a crowd, never has much to say, smiles uncertainly at jokes.

The only time I have ever seen Ridgeway present anything like a personality was during the course of these interviews. He sits in an armchair next to Reichert. Reichert is leaning toward him, of course, impinging on his space, and Ridgeway is settled back in his chair away from the man. But after the first question, something comes over him.
Hes not being questioned by the police, or at least not according to his demeanor.
He's being interviewed.
The guy is smiling. Pleasantly. Yes, you caught me. Yup, it was me.
I continued to watch this mans face, and I watched it minutely.
He blinks. He speaks softly, matter of factly. No, I really can't think of anything else that I've left out...I was busy selling Amway and going to church with my wife at the time you're talking about so I didn't have much time for killing.

All of that passed through this mans lips with the exact same effect.

I'd have never seen him coming.
Posted by FirstNations at 6:54 AM 12 comments: Links to this post