So many overwhelming things have happened to me lately that it's difficult to sort it all out...a daughter married, a son found, Playboys relocated and two households finally merged into something resembling order after two years...what a year it's been, and it's only January!
That is why I have decided to write about pirate snakes.

The great ninja vs pirate debate has pretty much been settled...if not to everyone satisfaction, then at least to a mutually agreed upon, scientifically provable set of data:
NINJAS: GOOD 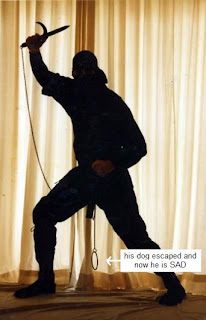 ABSOLUTE SILENCE. even if you get hurt you can't yell or anything.
Boring clothes
Anonymous IDENTITY
Can only eat rice and fish plus you have to use chopsticks
Cannot receive mail or any packages because
They don't live anywhere.
FACT: Nobody has found the home of any ninjas. 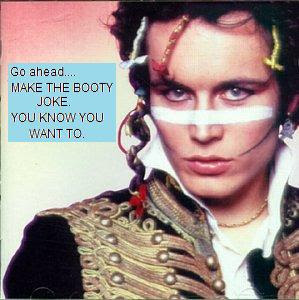 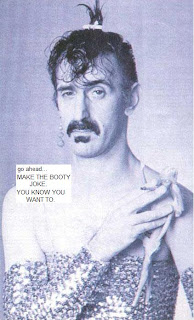 Frequent amputation
High maintenance lifestyle
Parrots crap on you
Substance abuse common
Getting keelhauled is bad
Scurvy
Being cabin boy
They put you in a barrel sometimes and then all the other pirates stick their weenises in there. According to Frobisher.

Now the thing that could put pirates over the top here is if they were snakes, but also pirates. 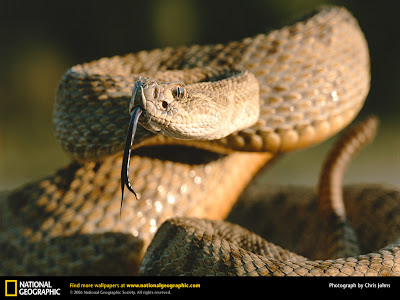 ...FEEL the extreme snakey awesomeness cascading out of the screen into your lap here. I mean oh my GOD.


SNAKES: always look cool. Even when they're dead. 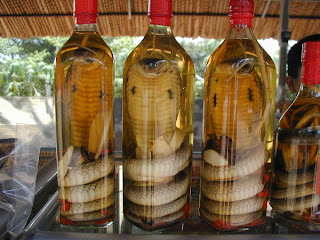 ...I will blow the first person who sends me a jug of this. I will. Really.

Snakes have FANGS, which are not only sharp and cool looking but are like a hypodermic syringe. They inject this heinous, heinous poison into stuff they bite and you swell up and turn black and your skin splits APART. I'm totally not kidding here. Plus snakes are stealthy, are silent, are really fast, have freaky looking tongues, AND can constrict stuff.... like animals, a cow or even people! They wrap around and SQUEEZE and you turn into a big pile of squashed up guts and bones and THEN their jaw like unhooks apart and they stretch out really huge and swallow you whole with your shoes and everything, although of course they barf out all that stuff later.
And remember, snakes are viviparous OR oviparous.

BAD: there is no bad.


Think about it. You piss a snake off, it doesn't fuck around doing a bunch of kung fu stances 'Oo, this is the Crane! Oo, this is the Monkey!' No, it bites the shit out of you and you fucking die. 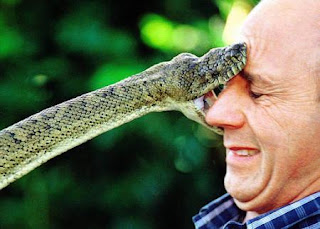 That's why people don't generally dick around with snakes.


You piss a ninja off, he goes wigging around for ten minutes doing leaps and shit and 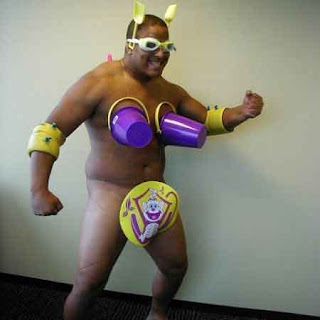 just generally being annoying and meanwhile you're waiting to die. Then he gets around to chucking a shirikun at your head, or they do that touch of death thing where a week later you croak off in front of the television and everyone runs around freaking out and its all mysterious. Which is smooth, but lacks a certain je ne sais quoi.

When pirates get mad first of all one of them stabs a knife into a table and says ARRRRR! Then they all start breaking bottles and running around. Someone knocks over 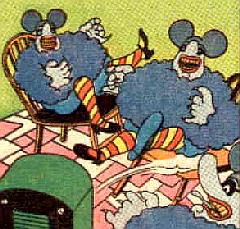 a candle and shit catches on fire. Then finally they stab the crap out of you with their cutlass. This is a kind of hugeass sword. Or sometimes they torture you first, then they chunk you overboard to some sharks and they all watch while the sharks eat your head and blood goes shooting out all over the place. Which is excellent but time consuming.


As should be obvious, if one were to combine pirates and snakes the result would be almost too rad for the human mind to contemplate. 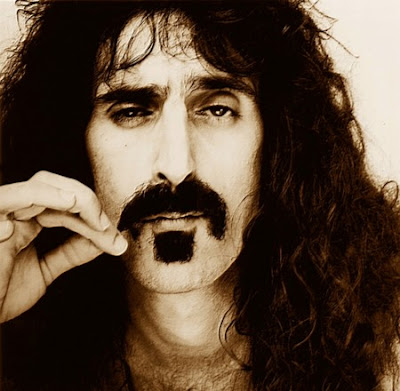 PIRATE SNAKES WOULD BE:
Silent except they would hiss sometimes

Have poison fangs,
No stupid parrots crapping down the back of their clothes because they'd eat them ,plus they wouldn't have to wear clothes in the first place! 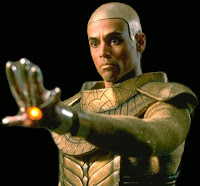 No amputation because no limbs! And the sweetest part is, if you cut one in half then that'd just make TWO snake pirates so they'd will all the sea battles!
They also have sailing ships (they'd hire ninjas to run it)


You see how this would all work out for the best here? We have the technology to 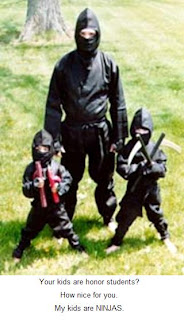 grow a sheep in a jar, we have the technology to clone Christopher Reeve's spinal cord and and use it to power massive cybernetic tanks in the Antarctic, so why not use all this knowledge to update pirates so they wouldn't get their ass kicked by ninjas all the time? OK? Think of the pirates. At least think of their kids. All the ninja kids pick on the pirates' kids at school. For gods sake people, think of the children, OK?
THINK OF THE CHILDREN.
Posted by FirstNations at 11:30 AM 23 comments: Links to this post

born to be tiny and spoiled

Who should come knocking on our door yesterday than our buddy Albert? Hey, Albert! Haven't seen you in awhile! Come on in!

Alberts' 2 year old Corvette is parked in our driveway. Alberts' 60 year old butt parks in one of my kitchen chairs. He's been up to a lot, and we catch up on it all at 98 mph.

Alberts one of those guys who just starts in, mid-sentence, and off he goes. This is not a man you ever, ever interrupt because it just throws his whole thing off. You have to wait for the breaks, slide in all your remarks and then heeeeee's OFFagainandherecomesanothermonologue.

During this he reached into his jacket and pulled out-what? Guess.

A brick of hash?

Yes, this bad man pulls out a tiny, tiny little freak dog, a scrunchy wunchie snuffly wuffly dog, and sets it on the floor.

It was wearing a pink sweater. With a hood.

He' s far from an anomaly, at least in this. You see a lot of guys, club guys, 1%ers, toting tiny ridiculous dogs around inside their coats, and its not rare to see those dogs in full outfits either. Years ago the president of the Vagos used to carry around a chihuahua named Suicide Killer. I've seen every toy breed you can imagine peeking out of a bad mans' leather jacket.

About the largest dog you can travel with comfortably on a motorcycle is a Staffie, and then it has to be on the smaller side of the breed standard. I've seen four or five Staffies in my time riding on the tank of a Harley, wearing goggles, jowls fluttering in the wind. Their owners usually glue a piece of carpet on there and the dog simply crouches down, digs in its nails and hangs on. This is, of course, illegal as hell. Imagine taking a Staffie upside the chops when his owner hits a big bump in the road. This would probably fuck up your entire outlook on the rest of the day.

Australian Sheepdogs and Border Collies will happily sit behind dad on the stock seat. But more often you see dogs poking their heads out of some kind of modified touring luggage. Beagles seem to like this. They sit in the container and poke their heads out the various holes and grin at you.
Anyone smaller than a beagle rides in dad's jacket, though. For hundreds of miles at a time. Happy as a little freak clam.

This fascinates the hell out of me. When we go to the ABATE swap this year I can guarantee you there'll be four or five guys wandering around with a buggy-eyed little freakdog sticking out of the front of their jackets like Cuato. They'll stand around in groups and talk to their buddies, just petting their doggies' head all the while. Most of these dogs will be wearing just about as much leather gear as their owners are wearing, and that gear is just about as expensive as Dads too.

When I lived in Portland there used to be this hippie guy that wore a top hat and rode around on an old Schwinn bicycle. Mounted to the front of the bike was a huge wire basket, and seated in the basket was a beagle-sized Champagne Poodle. Always. The guy was pretty nice; he was a busker and I saw him all over the place. The poodle, however, was NOT NICE. Not one little bit. That dog never left the bike, either. The guy would park his bike and that dog stayed right in the basket. Woe betide anyone who got too close or tried to pet the nice doggie. Nice doggie turned into fang faced slavering Hell Doggie. I never heard it bark. Attitude was all it needed. It simply became an eye rolling, snarling, keening monster in the blink of an eye while passers-by slowly backed away. You see, that's the kind of dog you'd think a biker would have, right? Not a bicycle riding vegetarian in a top hat.


I will never own a toy breed dog. I think it's unfair to the dog That dog's whole life is going to be spent looking stupid. Nothing you can do to it will make it anything other than stupid. Even if it's a mean little dog; nobody is going to take something the size of a guinea pig seriously, particularly when it's going yipyipyipyipyipyipyipyipyipyipyipyipyip. But of course, you know that every time Albert leaves the big, bad, heavily tattooed desperado I'm married to starts making remarks like 'Wasn't that a nice little dog? What'd you think of that dog, huh?'

Oh, he has one already picked out. He wants a pug. Yes, no mere toy breed horror for this bad man. You can pay up to 900.00 for a pedigreed pug. Oh yes. And what you get is broken! You have to spend an additional 800.00 just to make the thing work right! I personally would expect a little more value for my money in that case, you know? You get a pug; they can't breathe. Their hips are all messed up so they can't walk. Their jaws don't meet correctly. When they eat they get their food packed all up their noses and then they stop and snort it out all over the place. And then once you get it working right, what does it do? Sit there and look asinine. Why? You can get the same effect with a teenager. Plus you can make them yourself, for free.
Posted by FirstNations at 8:50 AM 31 comments: Links to this post