Chaucer, you are so in trouble.

In his seat high atop Mt. Olympus the Baby Jesus looked down and saw Chaucer and his evil henchpersons cheating all over the place like dogs. Now although the Baby Jesus was a big fan of The Canturbury Tales, that was not all right with the Baby Jesus AT ALL.

Quick as a wink he became the Holy Infant of Prague and flew down to stop the bout. 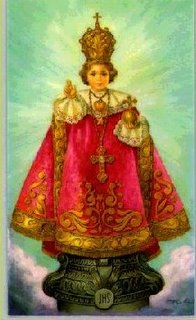 Yes, the Baby Jesus can fly. Thats why he wears a cape. It is aerodynamic. 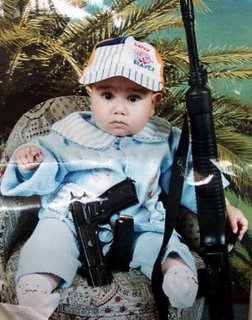 The Holy Infant of Prague can shoot any gun ever made. 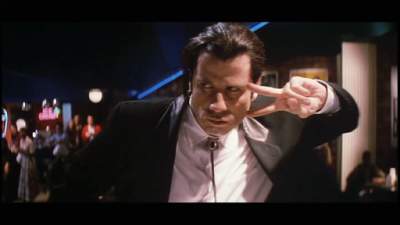 The Holy Infant of Prague has smooth mysterious stealth.
His smoothness is so smooth, sometimes people even call him Finister Bar Sinister Von Smooth. And He lets them because thats how smooth he is. 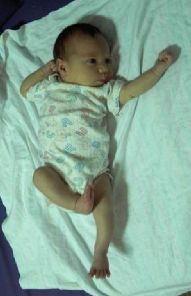 Most importantly, the Holy Infant of Prague knows kung fu.

"Whats on the barbecue?" asked The Holy Infant of Prague.
"Italian food," replied Chaucer. The barbecue was opened and Dante fell out.
Chaucer and his crew all acted like they were trying to help by stomping on him to put out the fire. 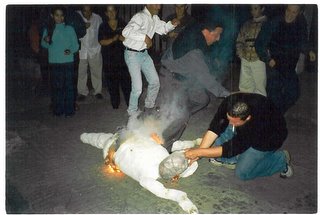 There are times when stomping on a fire is NOT the appropriate action to take. An italian poet fire is one of those times.The Baby Jesus may be young, but he was not born yesterday. 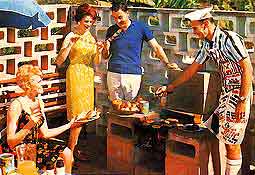 The Infant of Prague was not pleased. "A barbecue is supposed to be wholesome backyard family food fun. It is supposed to be a nice thing. You don't put a person in a barbecue. That is just messed up. And you're supposed to burn briquettes."
A sullen Chaucer slipped the hose out of his ass and sulked.

It was time for the Baby Jesus to teach them a lesson. 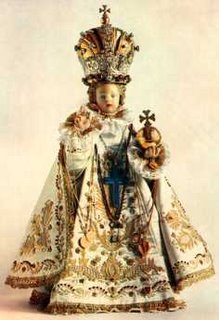 "Ha!" scoffed Chaucer. "What are you going to do? Bonk me on the head with that bottle of Chambourd?"

But Chaucer was wrong. It looked like Chambourd, but it was a DISGUISE.

It was not Chambord.


It was that deadliest of all antipersonnel fruits. 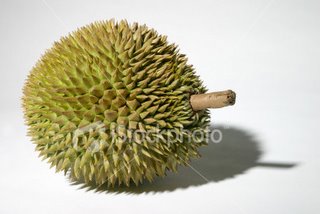 It was a durian.

nobody won. the Marty Feldman rule was broken in the first round. everyone went home pissed off and blogged about it.

Posted by FirstNations at 7:19 PM