Today, my Yummy Biker came home at noon, big ol' happy grin on his face, lifted up his shirt and said 'Look! My bellybutton's purple!'

The man has an umbilical hernia.

While I leaned against the kitchen counter and hyperventilated, the Biker patiently explained that this is something that can be taken care of in a 45 minute outpatient procedure. An incision ____ that long is made and a couple stitches are taken, and that's it. Since he is owed a weeks' vacation with pay, he will take that time to (lie on my couch and channel surf in a medicated semi-coma and get on my last fucking nerve) recuperate. No sweat. No problem.

Baby Jesus, why do you hate me? 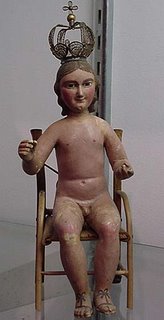 Quick as a wink I was whooshed away to the top of Mt. Olympus, where the Baby Jesus gave me a stern talking to.

"You know, the poor man has a fricken length of gut poking out of his bellybutton, ok? I mean come on.
And yes I know I'm naked but I'm home and I'm just a little baby so get over it."


"You need to put on your big girl panties and be a grown woman about this, Nations. Because let me tell you what, it could be one heck of a lot worse.

"Ever heard of an inguinal hernia? 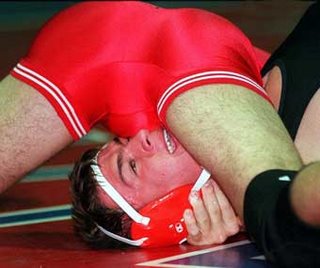 "One time Steven Neal got one right in the middle of the world Graeco-Roman Wrestling Title Championship? Oh yes. He felt something go 'bloopaladoop!' down there in the gusset of his shiny red panties; hoo boy did HE jump a mile." 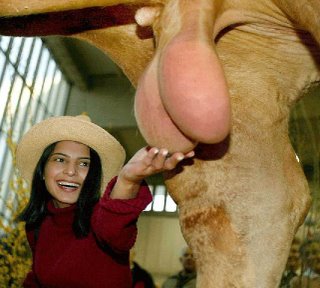 "And was he working with cattle? No he was NOT. The dreaded shrinkage disorder 'shuk yon' is passed from cattle to humans via livestock judging. Oh yes. It's tragic. People get divorces."

Fine, I made that up.
Fine, thats a horse. 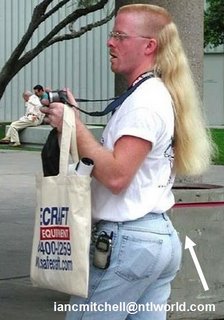 "You want worse? Have you ever heard of trichotillomania? It's a real thing. It's when people start pulling out their own hair and pulling and pulling until they're really funny looking. Now I'm not saying it leads to acid washed jeans, but it can. 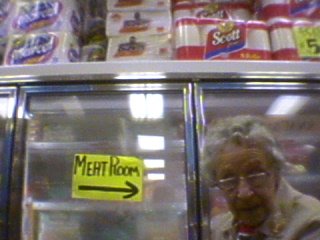 "And at least the guy has a good medical plan! Remember poor Viktor Fries? How all that on-the-job cryochemical exposure made him really mean and bald and he ended up having to wear that stupid looking suit all the time? Yeah, but nobody ever tells you what happened to his nurse, who HAD INSUFFICIENT MEDICAL COVERAGE. She's been living in this Food Warehouse now for sixteen years."

Fine, thats Batman. Still, you get my point here. 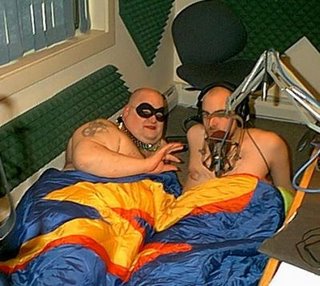 "He won't have to go through any extensive occupational re-training. He can go right back to his old job." 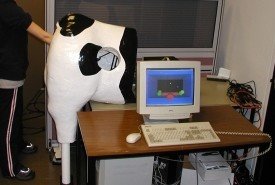 "He won't have to adapt to a prosthetic of any sort." 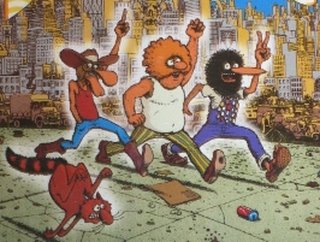 "He can go right back to life as usual." 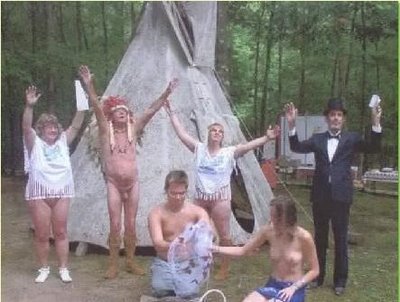 You know what I realized?
He's absolutely right.
Baby Jesus, I thank you.
President Lincoln thanks you too.
Posted by FirstNations at 12:18 PM