Stickin' shit on other shit and calling it Art

From left to right:

Scary Face, by The Goonybird
Domo, by The Lucky Bastard
Opies' Butthole, by FirstNations (after Kurt Vonnegut)

OK. Here are some FirstNations collages.

This is an example of the refined technique. This one was made from hand-tinted papers (MY hand, chillun) The colors are actually a lot more saturated than this but its early morning here and the light is all white and reflected so its washed out. Deal. 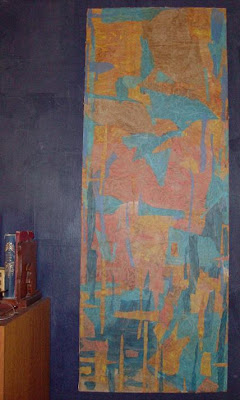 Does it have a name? NO IT DOES NOT HAVE A NAME. WHAT ON EARTH WOULD YOU NAME THIS? CHUCK? DONALD? WHAT? Fine. It's named 'Donald'. Are you happy? Meet fricken' Donald the collage.

This whole wall is a collage. 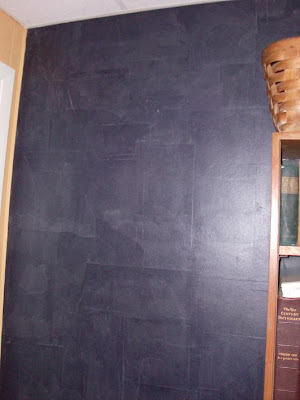 I always wanted to do a work using a single color with just the textures and edges as the prominent features. It is navy blue here....other times it's indigo or black, and gives back a single color. In the morning light, or in any reflected light, suddenly the pattern becomes evident-not jarringly so, but enough to make you go 'wha...?" and look closer.

This is a collage in a frame, hanging on another collage that is on another wall. ITS COLLAGE OVERKILL AT RANCHO FIRSTNATIONS! WE'RE KURAAAAAAAAAAAAAZY! 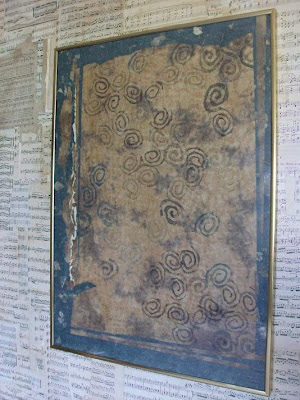 The one in the frame actually has a name; its called 'Newgrange'. (Points given to anyone who can guess why.) The wall is just old civil war era sheet music that I fell in love with and had to use. It has no name. It is a nameless wall.

Here is one that hangs out in the Yummy Bikers garage.(Yes, he has framed art in his garage.) 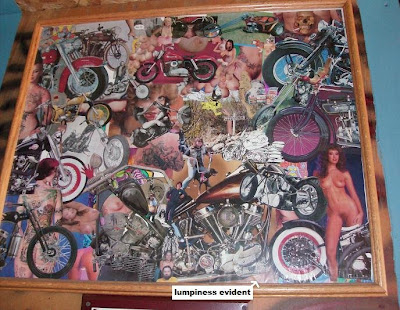 This one is made out of old thrashed, rat-chewed Easyrider Magazines that Lame George gave us right before he was incarcerated (the first time.) It's done using traditional collage technique, which explains the lumpiness. 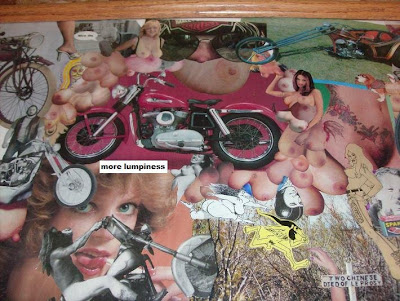 This is the door to the spray booth in the garage with a little Sponge Bob figurine stuck to it. 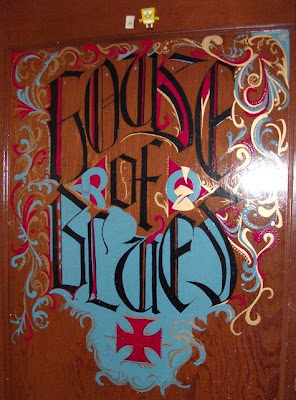 Yes I did that too. Because everyone needs an illuminated door in their garage. 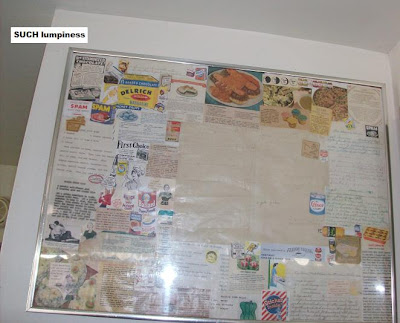 Its made out of this lady's old cookbook and recipe collection that I scored at an auction preview. Two of the recipes are X-rated pass-along folklore things; 'How To Make An Angel Cake'. I think its charming!

Same technique. Another womans old recipe collection. I scored this one at an estate sale. 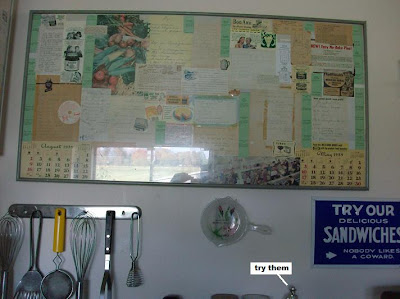 At first you think 'what kind of heartless asshole would sell something like this? This is a treasure!' Until you look at the recipes and realize that gramma made things like cherries and black olives in Jello.
I'm dead serious. Thats one of the recipes here.

So yes, not heartless; prudent.
Posted by FirstNations at 11:37 AM