keeping up with the jet set

Most of the time I would rather be at home as much as I would be anywhere else. I have everything set up here just the way I like it, right? And I don't have to worry about going into the bathroom and finding something unexpected. As long as I have a nice supply of fresh non-fiction from the library and the weed whacker has enough line I'm good to go.

This weekend, then, was in contrast a fun-filled cavalcade of excess. We checked in with the Playboy of the Western World and were gratified to find a kitchen no longer languishing in bachelor clutter thanks to the caregiver (long may she wave!!!) and did a little shopping for him.

I'm trying to groove my husband in on this task since it's best to be interchangeable for efficiencys' sake, right? But his father makes out a list based on the specials, and then his son follows the list he thinks his father should have written based on what he sees on the shelves and so what ends up in the cart is sometimes a mystery to us all when we unpack it. I've learned to just head into the front room and watch television while they shelve things and go 'What is this? Was this on the list? Whats it for? Do you know?' as though they were cataloging things at the Smithsonian.

We drove around randomly afterwards, just enjoying the day, when I was surprised by the Yummy Biker pulling in to the fancy furniture store so we could shop for a sofa. This was so heroic on his part, since at the same time across the street there was a mini rod run going on. He never pined; he never even mentioned it. What a man! (Back the fuck off, bitch. Back off!)

After we had rambled and sneered at their offerings and barely passed a scant two out of the entire collection, we went over to our favorite section for a cheap thrill.

One whole wing of Smith's Home Furnishings is what we refer to as the 'Mafia Princess" showroom. This area is given over to 'traditional' styles, although I think traditional here is interpreted as 'tradional in the barbarian harems of the planet Gor'.

Ten years ago, when Martha Stewart made French Provincial acceptable again and reintroduced us to gold leafing, this room was a riot of baroque frosting and dainty floral prints. It would have sent poor Martha into a gran mal seizure. This season Dark and Jungly is the theme with a heavy infusion of Indonesian tat 'handicraft' aka 'Exotic Eastern Design Accents.' In 20 years this stuff will be ironic-camp and all the young turk designers will be claiming it as an influence to be shocking. Now it is just sad. No really, sad. All the stained malacca and dark tones make for what resembles a regrettably decorated funeral parlor.

While I looked through fabric selections with the saleslady the Yummy Biker wandered around the showroom bouncing thoughtfully in the armchairs. The saleslady kept a weather eye on him while I flipped through the samples and posed frankly silly questions. Hint for ladies: you can get away with a hell of a lot as long as you have a big biker with you; you will be treated like a queen and your every whim catered to. This is the absolute truth*.

Later, we split a giant submarine sandwich for dinner. And then to bed. I do not know how I handle the sheer pace of this lifestyle. 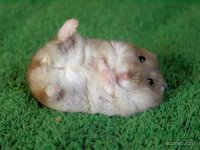 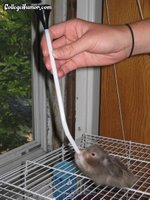 *Another truth is that you can ride up to any place at any point on the social continuum on a Harley, stomp in wearing full leather, and the help will trip over themselves trying to serve you. Now I know other people have an opposite experience, but this has never been the case with us. Perhaps because out here people realize that you have to be making an income to run a Harley. And probably partly because people are firstly intimidated by the whole leather and dead bugs situation, and then absurdly grateful when you decide not to set shit on fire or sling them to the carpet and punk them with a maglite.
Not that we ever have.
Really.
Posted by FirstNations at 7:56 AM