IS THIS NOT THE ROCKINEST PICTURE OF NOAHS ARK EVER? 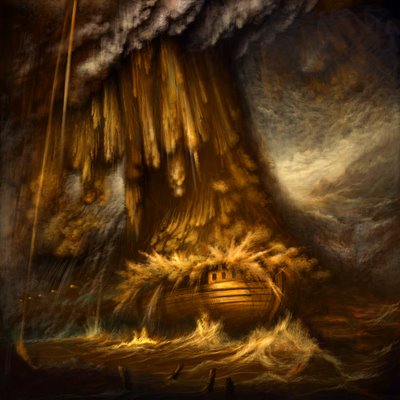 There is a lot about Noah that isn't readily known. A lot more than I had ever heard of, in fact. Of course, Catholic youngsters aren't exposed to the juicier side of the bible much...not too much time is spent on the Song of Solomon, for example, except to quickly cite it as a parable of Gods love for his church. All I know is that 'thy breasts are like turtledoves' is not what comes to MY mind when I think about church.
So when one of my darlings reminded me of the sad episode of Noah's drunkenness and subsequent wardrobe malfunction I had to go look it up. And there it was, all right, right there in the regular Bible.
First thing, right off the Ark, Noah takes a couple of the animals he worked so hard saving and sacrifices them to give thanks to God. 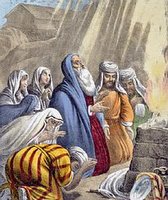 You know, the man was required to as a proto-jew so lets not go judging. After being brought through an event like that alive I'd be feeling thankful and extravagant too. ( Not to mention there exists some textual disagreement about whether or not he might have taken a few extra pairs of ritually 'clean' animals so there would be a surplus.)

Apparently Noah then settled down and became a farmer. He raised wine grapes. As is only to be expected, comes ripe the crop he 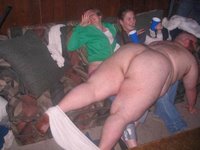 made some wine and drank it. But as he had not tasted the fruit of the vine in some time, he passed out cold with his pants around his ankles (or whatever he was or was not wearing in those days.... anyway he was hangin out.)


One son finds him and hollers over at the other two to come check out dad. 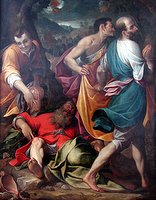 Showing considerably more class than their brother, they take and cover dad up while looking the other way modestly.
When dad wakes up he curses the first son and his line to be slaves for all eternity. Now while first son was an asshole, this seems kind of harsh.(I would have got cursed for sure. In fact I'd probably still be lying on my side by the door cracking up.)

The other two got to divide the world between them. 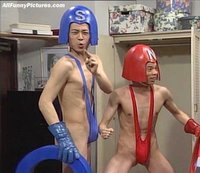 Explains so much, doesn't it?


Serious part:
Now, this, my darlings, is nothing whatsover compared to what's written about Noah in the various Apocrypha.
And thats another new thing dear old FirstNations has learned in pursuing this subject...Hell, I was barely aware of ONE Apocrypha, let alone Apocryphae.
It is disturbing and powerful stuff. The Books of Enoch and the Noachic fragments look to me like a prefigurement of the modern Gospels...or the model which they were drawn on. Noah, far from being simply a beleaguered old man with too many pets, was a Savior according to these writings, born with supernatural powers of speech and understanding, who knew secrets of agriculture, healing and exorcism. Very, very interesting stuff...it's filling in some of the missing information I've noted during my travels around medieval art and literature.


And now, if you will 'scuse me, I'm going to go look at pictures of hairy men 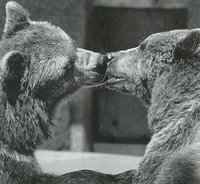 kissing each other on the LIPS.

a reference you should bookmark, if you haven't already
http://www.sacred-texts.com/index.htm 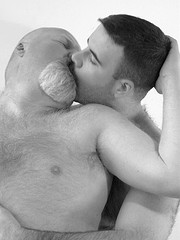 Posted by FirstNations at 2:56 PM