Do any of these poor women realize that once they have their brand new gazongas in place that they will no longer be able to find a decent place for them to live?

Because welcome to the real world, my darling. Now you HAVE to wear a bra. It is not a prison sentence. Its just that those honeys get a little unruly and its distracting for everyone involved. But hey, though, wasn't that the point? That's perfectly OK. Big boobs are GREAT. They are friendly. If they were people they would lend you money probably, or feed your dog while you go on vacation. They're nice. That's why people universally agree on the superiority of large breasts like them.

Tell ya what, though, gone are the days when you can expect to to waltz into the Jr. Miss department at K-Mart and grab the first thing you see that appeals. And no more 'buy three get the 4Th free!' No, now you will have to take out a bank goddamn fucking loan simply in order to purchase ONE bra. ONE.*

And what will this lonely, sad, AFFORDABLE bra look like?

No slinky, pretty fabric, or colors other than white, tan and black.

No more lace. No more bows. No more satin, ruffles, embroidery or prints.

Generally speaking it WILL NOT BE any larger than a 44DD. Not and look human, anyway. No, anything you purchase from about 38C on up in your typical retail outlet will look like a surgical appliance.**

It will not be comfortable. 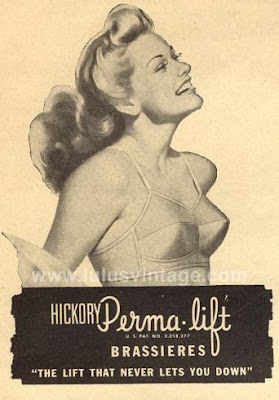 ...hickory? HICKORY? bad enough it went around blinding midgets and children; egad. i suppose we should praise Jesus they don't make them out of wood any more too.


If it is comfortable, it will not fit correctly. In this case it will be either 1. a cupless, vestlike 'sports bra' and as such will function so as to compress your luscious orbs into one large sweaty amorphous loaf of boob, or 2. a sports bra with what is jokingly described as 'shaped cups' and one hundred million seams that will flatten your yummies into big fat round manhole covers and allow them to bloop out from underneath when you reach up high.

An affordable bra will have seams. Yes I know they make moldable synthetic fabrics with multidimensional stretch. I know that this material even comes in graduated dernier and can be woven to accommodate complex curves and varying degrees of stress. This rare, scarce, high-tech miracle fabric is called Spandex. Bicyclists get it. Swimmers get it. Other women get it, even...women with tiny little motionless nubbins stuck on their chests like postage stamps. They get it with lace. In colors.

You do not get it.

You get one-way stretch, immobile satinized foam yamulkes, or heavy percale. And it has to have seams. You need SEAMS. Enjoy your new FRANKENBRA.

Your new affordable bra will be pointed. Oh yes! Because all boobs are pointed. Everyone knows that. Hell yes. Particularly the big ones. If you have boobs they are POINTY. It is a LAW. 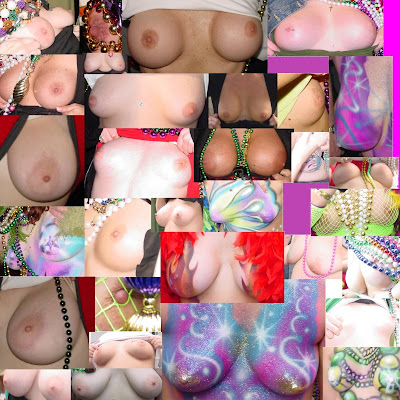 If yours aren't, too bad ya fuckin' mutant. Your bra is made to either accommodate the boobage of NORMAL women (the ones with 1950's danger tits or that extra little miniature yurt on the end there) and to TRAIN THE BOOBAGE OF THE ABNORMAL INTO THE PROPER POINTY SHAPE. Refusal of your boobs to comply with this mandate means that you have to run around with two empty crumpled up little strangenesses on either side of your chest up under your shirt that make you look like you got into an unfortunate chemical accident. But see, if you had NORMAL POINTY BOOBS this wouldn't happen ya freak.


The reason for this is simple: The cups of your new giant bra have been designed to house a species of giant clam. 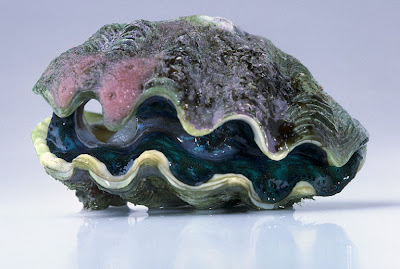 
Large boobs look like giant clams. Its true. They do. Go look. Large size affordable bras (I'm talking to YOU, PLAYTEX) are apparently designed by people so grossed out at the though of anything over an A cup that they figure that anything bigger can just live in a grocery bag or a phone booth, or fuck it just go live a doorway like a wino or something; who cares. Ew. At any rate the closest the designers were able to bring themselves to 'big boob' was 'giant clam.' Deal.

Science has shown that giant clams don't need lace, or colors, and they like lots of fabric. Actually they NEED all that extra banding to restrain them during their frequent fits of GIANT CLAM FRENZY so they don't go all crazy and eat scuba divers. Notice how you never see any scuba divers near the plus-size bras? They are SCARED.

Because masses of flesh are not rigid, big boobs need something called 'side support' in order to keep them from kicking back with a beer and a newspaper and relaxing into your underarm region. This is not fatness; this is physics. Do not become alarmed. No salesman will call at your home. But then too; don't get all upset because when you're driving your car you have to steer with your elbows held out to your sides like airplane wings either. Not that this would happen if you had a bra with side support; but no, you do not DESERVE side support because if a woman with fritatta-titties does not need side support then YOU DON'T EITHER.

Oh OK fine. Here. Here is some side support.

There. Isn't that better? What we've done is sew a kind of a pockety thing in the side there and then stuck a bendy little strip of plastic in it so that when you sit down it bores a hole up into your armpit. THAT IS SIDE SUPPORT. REALLY. IT IS. YOU LOVE THIS AND IT WORKS PERFECTLY. LALALALALA WOOOOOO ICANTHEARYOUICANTYHEARYOU WOOOOO

Oh, and here...scaffolding. Because we can't have them things all going buttwild crazy shootin' up the dern town... So here. Have two pieces of metal shaped like the letter 'C' that aren't really attached to anything and serve no structural purpose whatsoever. That rust, and twist into weird shapes when you sit down, and set off metal detectors at security checkpoints, and make huge blisters underneath your arms, and abrade giant 'smiles' of raw skin beneath each tit when you sweat. What, are you mentioning moldable soft synthetics again? You heartless big titted cow. Do you know how many six-year-old bra wire inserters you'd be putting out of a job???

Remember: when you have big boobs, you are fat. Oh, you might not be able to see it. You might not even be able to get all that fat to register on a scale...but its there, honey. Every affordable bra you buy has also been designed to accommodate your presumed hippopottamaic girth. You will be able to invite a poor friend with big boobs in with you and you can wear it together! Tell everyone you're conjoined fraternal twins.

Because elastic is made from an endangered species of petrochemical which can only come into contact with the skin of the flat-chested, your shoulder straps have to be constructed from either steel pallet banding or a delicate scrap of shiny ribbon with a vicious little jagged dealie halfway up the middle masquerading as an adjustment thingamawhatzis. It will not stay in place. Don't go expecting it to because it won't. As soon as you sit down; ZOOP right down over the shoulder. You should never sit down. Or bend over. Or reach for something in front of you. Or overhead. Never, never do any of these things. Expect to spend the balance of your life hoisting at one side or another like Loobie May Cornpone, which is both attractive and sexy.

The most difficult part of this for me to get my head around is that you'd think most bra designers, being men, would kind of have a vested interest (get it? HA!) in keeping boobs happy. Honestly. Really. Tell me how the same sex that designed this: 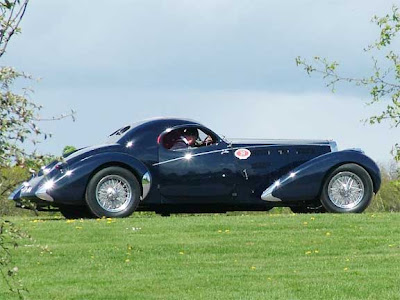 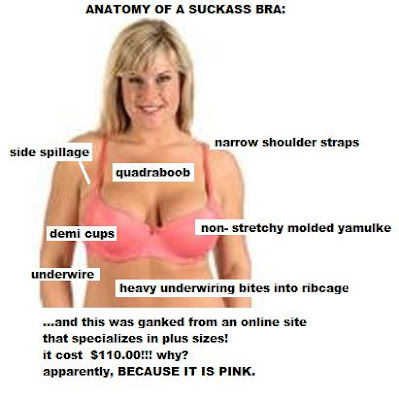 Give me a fucking break here. Please. I mean PLEASE. The next time any of you swingin' dicks starts in whining about women just remember it's your fault for designing crappy bras. That's right. Throw me a decent foundation garment that fits right and doesn't look like something your grampa had to wear after his rib fracture and maybe I'll be a little easier to get along with *tug, shift, yank*

And I'll tell you what: Don't you even have the goddamn gall to whine when no boobs want to live in substandard housing like that and they start migrating south! You would not live in a house designed the way a bra is designed! Oh no! You now what a person would look like who lived in a house built the way the average bra is designed? That person would be shaped like a giant clam, and the house would be shaped like a tepee, and the giant clam would be so big that it would have to lie curled up in a ball in the bathtub with one foot in the toilet. No wonder the boobs are migrating! They want a better life! Save the whales? Fuck the whales! SAVE THE TITS!

__________________________
*and you'll end up, more than likely, in a specialty shop. Here in America, expect to pay an average base price of 35.00 for something you wouldn't be ashamed to be caught in. Not any miracle of fashion, either...just something that looks like your average Bali b-cup, maybe with a little lace, in lavender. And if you want something truly designed with your shape in mind? Internet, honey. PLUS SHIPPING. And pray to God it fits like they said it would when it gets there. Honestly, what the fuck? They can bodymap someone as butt-ugly as Gene fucking Simmons and make a miniature doll-thing of him that's photographically exact down to the hair on his ass - and yet we're still having technical difficulties designing a stretch garment for a couple of complex curves?

**ok now. you gonna come up on me with "well, at wal mart you can buy up to 145 WW and they're reasonable and they come with hello kitty on them too so HA." because a. bullshit. seriously. go take a look at the percentage of large bras in stock there at wally world. how many companies? warner and playtex you say? uh huh. and how much do those cost? um, about 5.00 MORE than the next size down, huh? apparently us awesome gals are taking vital textile resources away from the more deserving with our big ol hooties. PROVIDING you find any in stock. PROVIDING your local wal-mart even carries them because lemme tell ya babe, the one in bellingham DON'T. in eastern washington? yes. three of them. I am not going to make a goddamn 200+mile pilgramage on the off chance that the tard in the bra department has done her stocking the night before, just in order to purchase a cheap bra, because that defeats the whole cheapness concept, fucks with my carbon footprint and YOU STILL END UP WITH A FRANKENBRA DESIGNED TO HOUSE GIANT CLAMS!!!!!! HELLO KITTY IS NOT ADEQUATE COMPENSATION HERE!!!
Posted by FirstNations at 8:30 AM