what does the future hold in store for YOU?

My renowned powers of prognostication have proven themselves again! Ha! 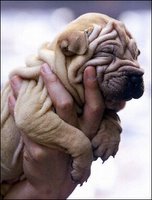 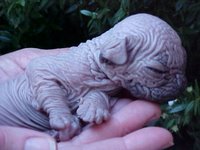 (with adhesive properties to make them more appealing to the multitasker). I also said that we were certain to see the luminous pet in our future,and that the Japanese would most likely be the first to develop it.
BEHOLD MY PROPHECIES REALIZED, PUNY MORTALS!
http://www.weirdpicturearchive.com/pics/glowingfish.html

Yes, it is a strange but largely satisfying although somewhat itchy feeling to know that I alone out of millions have been gifted by the mysterious forces of nature with the ability to predict the pet trends of the future. And you, my darlings, shall benefit from this gift!
Behold! The veil ripped away from fickle Futures face!!!!! 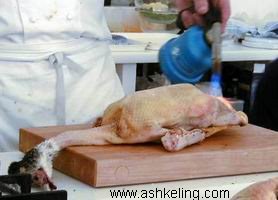 with the 'Canard Montgolfier' hot air duck. Children worldwide require trauma intervention after witnessing their parents attempts to inflate it. 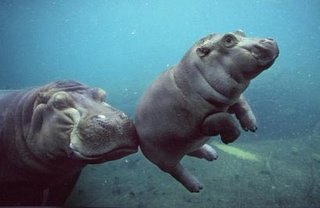 Also a marketing failure, only the very wealthy could afford Japans offering that year, the Helium Hippo Child Peaceful Flies. Many felt the problem lay with the the filling mechanism, which was difficult to maintain. 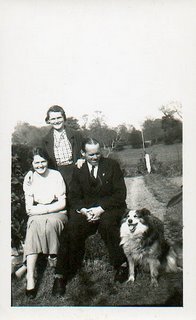 Their answer left much to be desired. 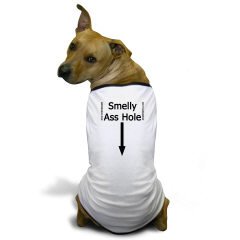 Many felt that a return to the origional research was in order. Once again the laboratory roof was laboriously cranked open. Once again the research tems waited, hoping, scarcely daring to breathe, for a passing thunderstorm to ignite the spark of life in the slumbering clay which lay upon the gurney suspended like an offering to some unknown god of frowning cloud and furious rain.
(You know, they're Japanese and it works. Are you going to argue with success?)

This time the form upon the altar of science was HUMAN.
Kinda. 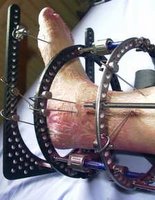 Leno's body in a series of fiendish processes kind of resembling a foot Matrix had the Matrix been about feet*, that left poor Mr. Leno permanently lamed, although leaving his legendary ability to kiss celebrity ass intact.A grateful country thanks you, Japan. Not.

Other possible donors of genetic material can only be speculated upon, as the future 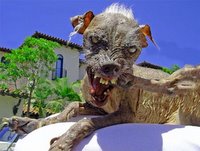 is not in the habit of telling me every damn thing, so quit bugging me.

Thus it was that an unsuspecting public opened their eyes one June morning to find the world a different place, and debatably a much better one, for the addition of
The Cute Cute Child Companion Changeable of Animal Pet! 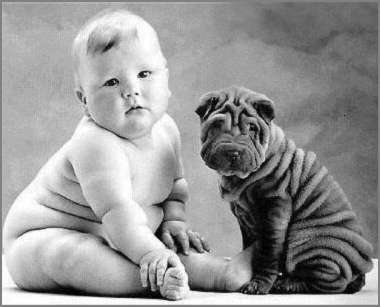 Awww! Devloped to meet the emotional needs of its owners and demand litle in return save basic cleanliness and feeding, the CCCCCAP was biologically programmed to morph in response to its owner, sensing changes in pheremones and responding accordingly. See, some stuff the future is pretty specific about. So there.
Now, if they had just stuck with the good old Glow-in-the-dark Wrinkle Dog and the Adhesive Lumacat, things would have been a lot better. But noooooo. Some people just can't leave well enough alone. They have to go dipshitting around with the very foundations of life as we know it.
Just as in the indescribably foul case of the Canard Montgolfier**, unresolvable problems appeared in the design. 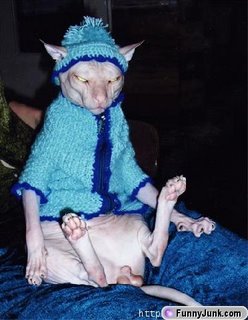 Although hell, I'd vote for it.
And maybe YOU SHOULD TOO (hint hint, future, wink wink, hint.)

* if the Matrix had been about feet, and had the Matrix starred a foot instead of Keanu Reeves, who while undoubtedly easier on the eyes than a foot nonetheless learned acting from a foot and has the emotional range of a foot.

**Oh! So is for laughing Ha my face! You see what I did there? Is humor laugh!
Posted by FirstNations at 6:23 PM